Located in the northwestern Indian state of Punjab, Amritsar is the spiritual center for the Sikh religion. It is home to the beautiful and sacred Harmandir Sahib, commonly known as the Golden Temple, the Sikh religion’s holiest shrine and one of India’s most serene and humbling sights. Immerse yourself in Amritsar’s unique spiritual and cultural wonders, delight your senses on the its busy streets, and then retreat to the beautiful Taj Swarna to relax and reflect on your days.

At Travel Beyond, we believe your trip should be designed just for you, not for the masses. Our travel consultants create a custom itinerary for each client, offering recommendations for places and experiences that best fit your style. The itinerary below was planned for a past client, but we’re sharing it for travel inspiration and as an example of what a trip to India might look like. Let us know when we can design a trip just for you!

Not ready to return back to reality? This excursion is an example of an extension that can be added onto any India trip and start from either Mumbai or Delhi. They are not standalone itineraries, but rather an opportunity to add an extra experience focused on your own travel taste.

Upon arrival in Amritsar, you will be met for your private transfer to Taj Swarna, where you will spend three nights in a Luxury Room.

Spend the remainder of your day at leisure, enjoying the amenities available at Taj Swarna. Health and wellness facilities abound at Taj Swarna. Visit the spa, with its signature wellness experiences, the fitness center, swimming pool, a Jacuzzi or steam bath to help you unwind.

About Taj Swarna: Taj Swarna, Amritsar embodies the best of Punjab’s iconic history, art and culture. Fusing modern design with traditional elegance, Taj Swarna, Amritsar is a stylish, world class hotel, that captures the spirit of the city in all its glory. The hotel pays tribute to local arts and crafts while bringing forth a global perspective to its edifice and the experiences created within. The hotel features spacious rooms, an array of dining options, a Health Club, Jiva Spa and Salon and is close to the main shopping area of the city.

After breakfast, you will be met by your private guide for your visit to the Golden Temple. As the most important Sikh shrine, the Golden Temple is also called “Mecca” for the Sikhs. The temple is a living symbol of the spiritual and historical traditions of the Sikhs. A pool of water surrounds the gleaming shrine. Surrounded by a marble walkway, the pool is said to have healing powers, and pilgrims come from across the world to bathe in its sacred waters. The Golden Temple appears to be floating on the water and the exquisite marble lower level is only eclipsed by a sparkling second level made of gold panels and topped by a dome. Inside, priests and musicians maintain a continuous chant from the Sikh Holy Book, Guru Granth Sahib, adding to the already intensely spiritual atmosphere.

After your visit, you will continue to Jallianwala Bagh. On April 13, 1919, British soldiers opened fire on unarmed civilians who had gathered in for a forbidden protest. The result was the death of hundreds of innocent Indians, and this poignant park commemorates the event. You will see the eternal flame of remembrance, an exhibition telling stories of victims, and a Martyrs’ Gallery, with portraits of independence heroes.

Upon completion of your tour, you will be returned to your hotel and can enjoy the remainder of your day at leisure. After some relaxation time, you may want experience one of Taj Swarna’s amazing restaurants. Gastronomically speaking, the hotel serves up a multitude of delicacies, flavors and aromas. From multi-course dinners, to a speciality Chinese restaurant, to an exclusive bar housing exotic spirits from across the globe, palate pleasure seekers are in for a sensorial symphony.

Today you will have much of your day at leisure to enjoy the amenities available at Taj Swarna.

Later this afternoon, you will be met by your private guide for your visit to the Wagah Border to view the border closing procedures. Known as a “Beating Retreat Ceremony,” these rites are conducted by both the Indian Border Security Force (BSF) and Pakistan Rangers (PR). The ceremony includes the lowering of both country’s flags and is a daily military practice that the India BSF and Pakistan PR security forces have jointly followed since 1959. The drill is characterized by elaborate, colorful, and rapid dance-like maneuvers. The ceremony is both a symbol of the two countries’ rivalry, and a demonstration of the brotherhood and cooperation between India and Pakistan.

Upon completion of your tour, you will be returned to your hotel. Enjoy the remainder of your day at leisure.

Today after breakfast you will be met for your private transfer to the Amritsar Airport for your commercial flight to Delhi, and continuing home. 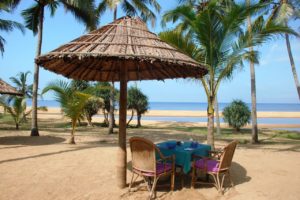 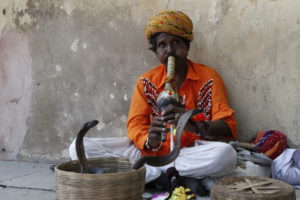