Sitting in the front row of the safari jeep with my eyes wide and camera ready, I didn’t know where to look —I didn’t even want to blink, worried I would miss an animal hiding behind a tree, just out of sight. On the edge of my seat, I scanned the horizon for signs of life while trying to take in as much information as I could from our guide. 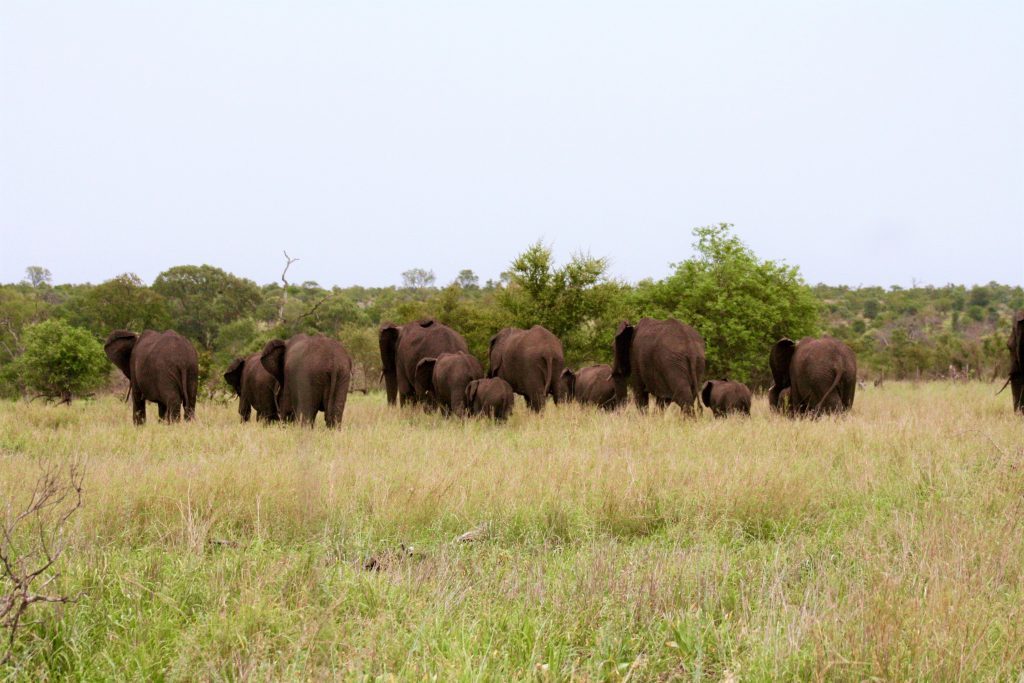 It was the first game drive of our trip and I couldn’t believe how lucky we were getting with sightings.  On the ride from the airstrip to the lodge alone, we saw elephants, zebras, ostriches, wildebeests, giraffes, and dozens of antelope.  Since then, we’d watched baby impala that were only a day or two old stumble around, had a staring contest with cape buffalo, and heard stories about some of the big cats that roamed the area.  I was as happy as could be and felt like our first game drive was a huge success already. 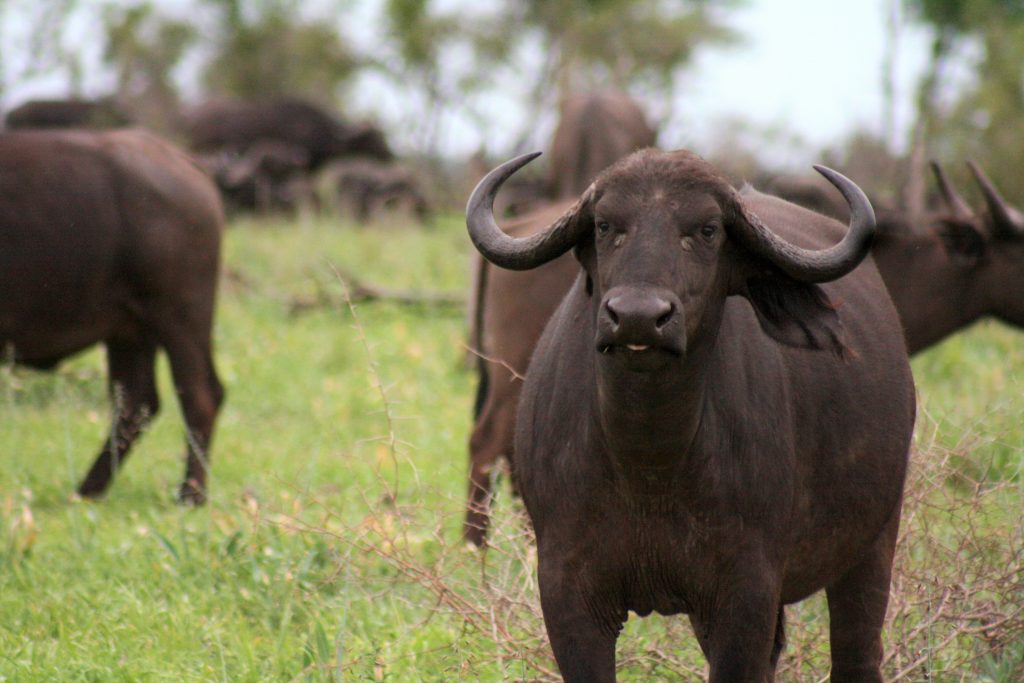 Just then, we got a call on the radio about the location of a lion pride, so off we went! Speeding through the bush, down into a ravine and out again, I held on tight to my camera and the vehicle as we bounced along. Finally, our tracker signaled to our guide and everyone’s heads turned. There it was, the smallest flash of golden fur just 30 feet up the ridge on which we were driving.  As the vehicle struggled over the crest of the hill, they came into view, a whole pride of lions, including seven lionesses, a single male, and seven lion cubs.  I couldn’t believe my eyes. 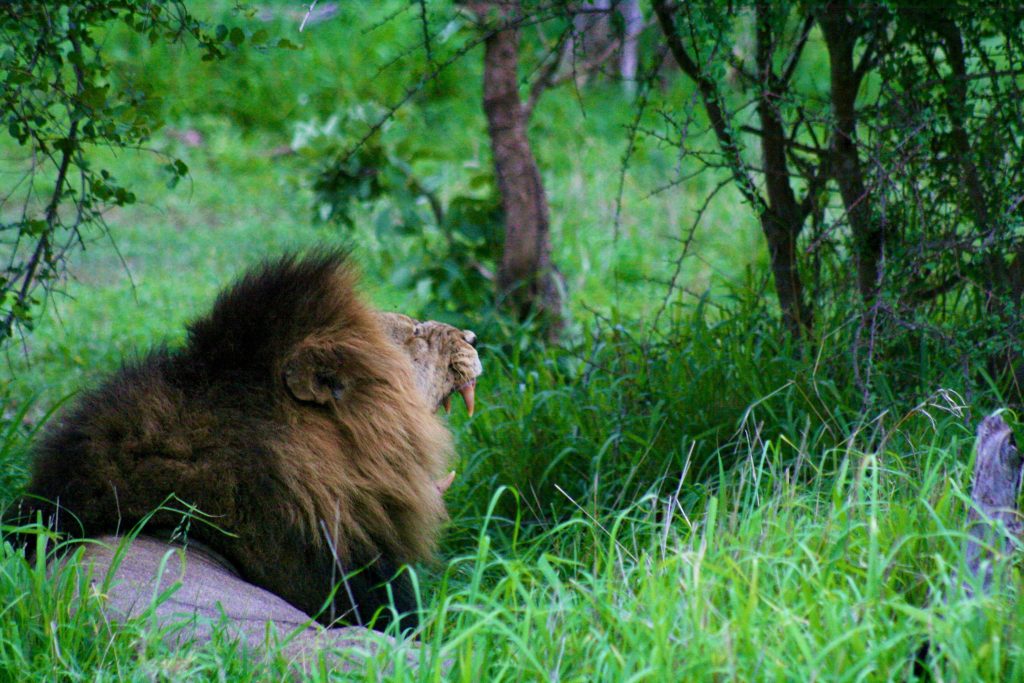 We watched the cubs play, stalking each other and pouncing when the moment was right. They bothered mom while she lounged lazily in the grass and practiced their vocalizations as they wrestled in the dirt. Some were brave, walking towards our jeep to investigate.  Others were so focused on each other they didn’t notice we were there. 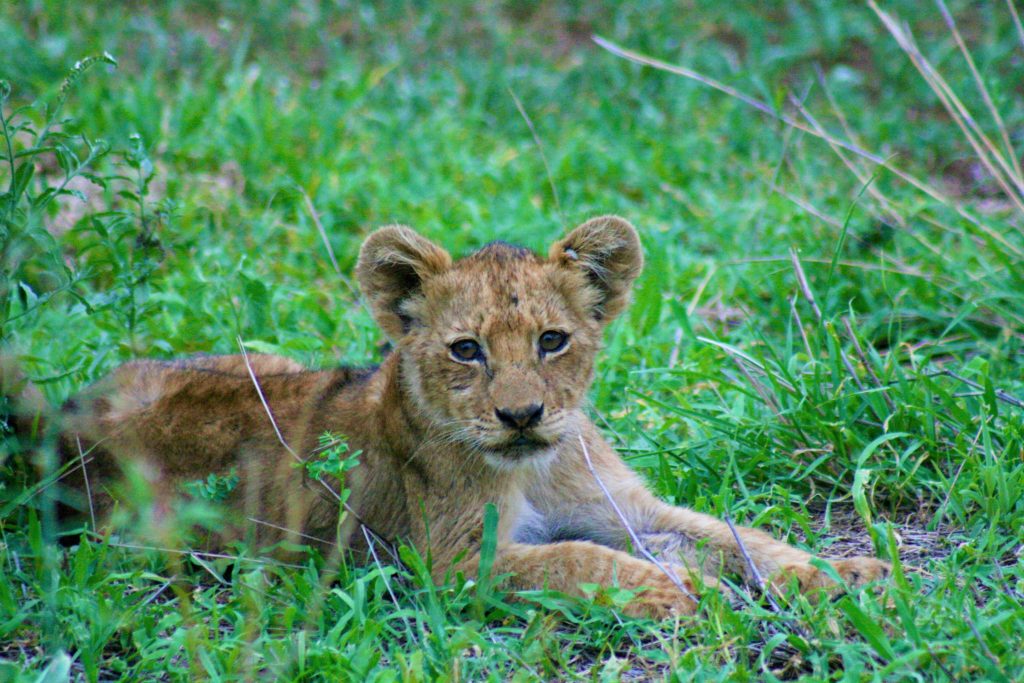 Suddenly, we looked around and all the lionesses had started moving.  They’d spotted a nearby herd of impalas, and with little mouths to feed, sprung into action.  As they got in position for a hunt, we were all wondering if we were really prepared to watch this moment.

Before arriving in South Africa, my travel companions and I all talked about our feelings surrounding the possibility of seeing a hunt or kill.  While they are incredibly rare to see, we also knew that kills, in the wild, would be much different than those shown during an animal documentary.  In real life, there would be no edits to speed up the process or dramatic music to let us know what’s coming. Instead, a kill could be lengthy, noisy, and difficult to watch.  We understood that these events are part of the circle of life (cue singing animals), but still weren’t sure we wanted a front row seat.  However, once we found ourselves in the middle of a hunt, we exchanged nervous glances and knew we were witnessing something that few people get the chance to see. 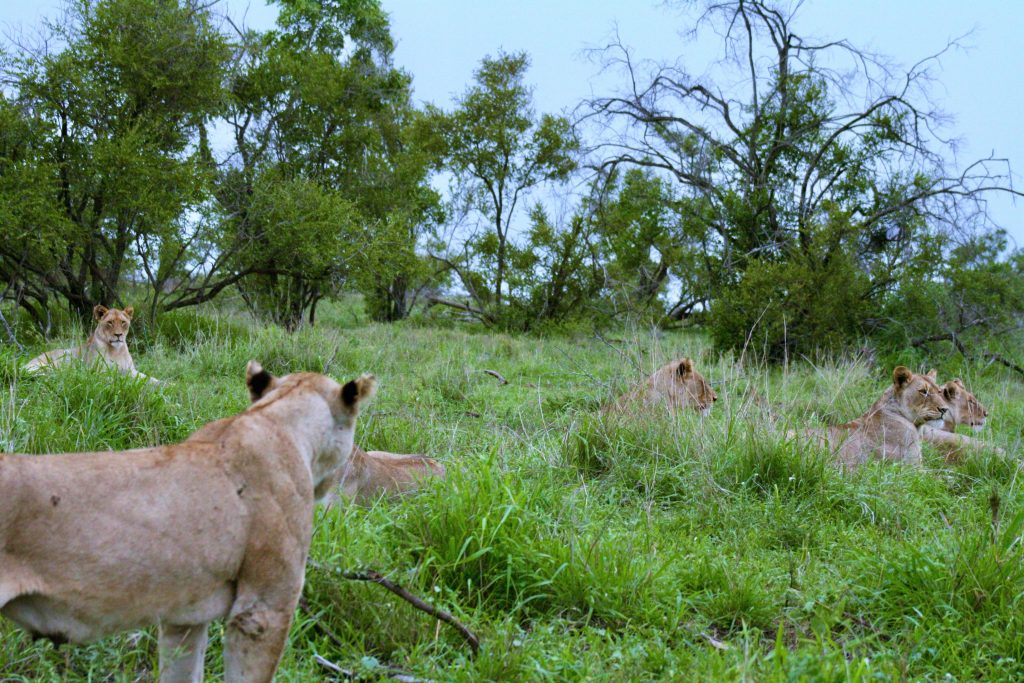 As the guide took off following the lionesses, our hearts began to race, the adrenaline building. Nearing the impala, one lion crept around to the far side of the herd, while the other six spread out around us.  Once in position, they began their attack.

Our guide explained that the solitary lioness would attempt to sneak up on the unsuspecting antelopes, scaring them directly towards her waiting pride. Unfortunately for the lions, she was spotted before she was close enough to do so, and impalas scattered everywhere! The lions took off in all directions, trying to decide which antelope to pursue.

Our guides reacted the same way. With seven lions to watch, they had a hard time choosing who to follow as we sped through the bush.  Our two vehicles split up, heading in opposite directions in an attempt to see as much as we could.  Once we got to a good position, our guide sat in the front seat grinning from ear to ear, his camera lying on the seat next to him.  (Safari tip: you know you’re seeing something extra special when even the guides have their cameras out!)  As we watched a young female chase several small impala, we heard a tiny scream behind us. We turned around to see a lioness walking away with a baby impala in her mouth. 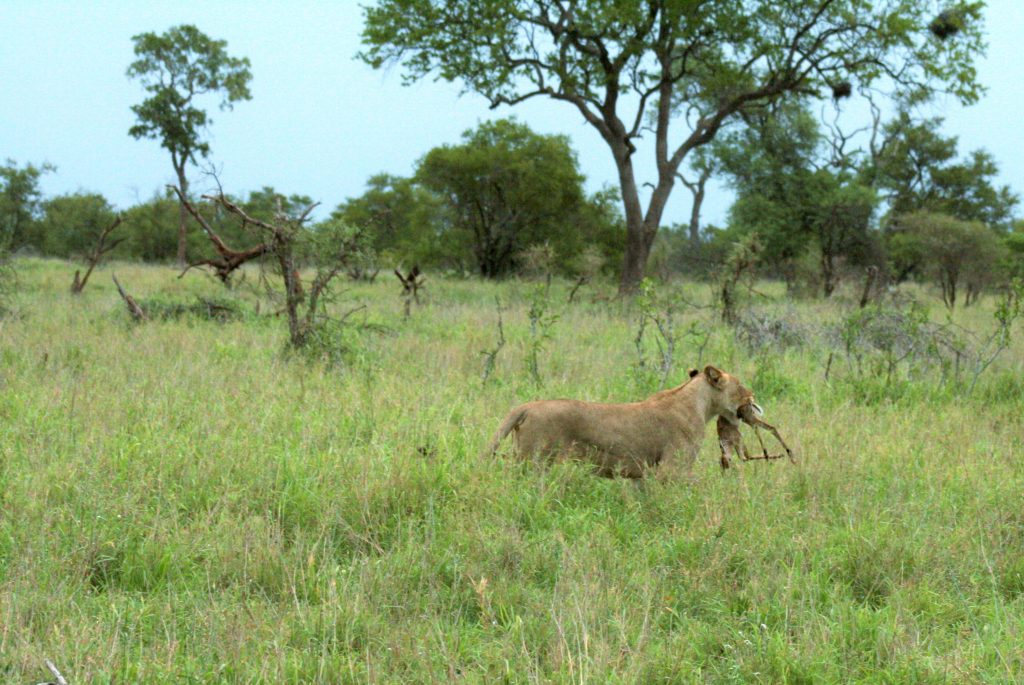 In the end only one lioness was successful, quickly catching a small impala and refusing to share her prize with any of the other lions. By the time she was finished with her meal, our adrenaline levels were returning to normal. The other lions began to head back towards the cubs who were safely waiting with the male lion.  The pride would regroup and rest until their next hunting opportunity arose.  As the lions lay down to rest, we drove off into the bush, cameras at the ready, hoping our luck would continue!