On a recent trip to Chile, my husband John and I spent more than a week exploring Patagonia and Torres del Paine National Park. One stop was at Estancia Cerro Guido, a property surrounded by stunning landscapes and home to unique wildlife. While here, we enjoyed incredible food and set off on beautiful hikes. We also participated in a puma tracking excursion, during which we not only caught sight of one but also learned the history behind The Cerro Guido Conservation Foundation and their efforts to protect puma in the Patagonia region.

In the late 19th and early 20th centuries, as ranches were established and fences built, the local guanaco (wild llamas) populations began to dwindle. This led pumas to begin hunting ranchers’ livestock as another source of food. Soon ranch owners were seeing up to 10% of their sheep and cattle disappear. To prevent continued economic losses, and protect their investment, they hired people who came to be known as leoneros or “lion hunters.” These individuals were paid solely to kill the pumas, as they’d come to be seen as a nuisances rather than a species necessary to maintain a balanced ecosystem. 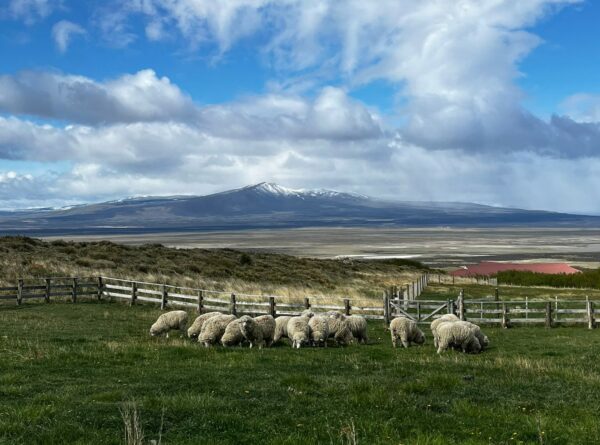 The number of pumas in the Patagonia region subsequently plummeted. And while puma hunting was officially banned in the 1980s, it was and is still difficult to enforce that law. Over the years the practice became so engrained in the local culture that many people chose not to report puma kills and ranch owners wanted the big cat eliminated. What’s more, it remains extremely profitable. Leoneros could kill up to 100 pumas a year and be monetarily rewarded 200,000 pesos per puma (approximately USD$220) by the ranch owners.

The Cerro Guido Conservation Foundation took note of these issues and, understanding the important role puma play in the ecosystem, established its first project in January of 2019. It has since become a full-fledged foundation, one that strives to establish a coexistence between wildlife and livestock, while also maintaining the local culture. 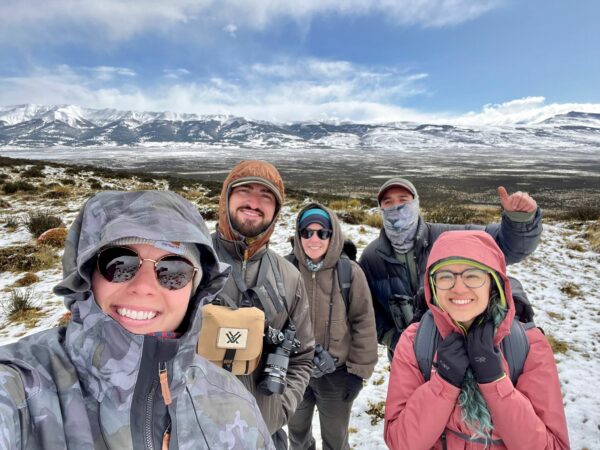 Recognizing the need to reframe the puma’s importance in the area, one key aspect of the Foundation’s work is hiring locals. By working on the conservation side of the issue, they gain a new perspective of and insight into the puma. They can then share these learnings with the wider community, changing how people view the big cat. Interestingly, one of the nonprofit’s professional trackers, Mirko, used to be a “leonero” or lion hunter. For more information on Mirko’s transformation to a conservationist, you can read this article.

The Cerro Guido Conservation Foundation is also working to deter pumas from getting close to the ranch and livestock. To do this, they employ three main strategies: First, they use direct sightings by both their professional trackers and the camera traps set up around the Cerro Guido ranch to identify the pumas and keep records on their behavior. In collaboration with the Panthera Foundation, they have also been able to collar pumas to track their movements. As of October 2022, they had identified 45 pumas and collared 7. 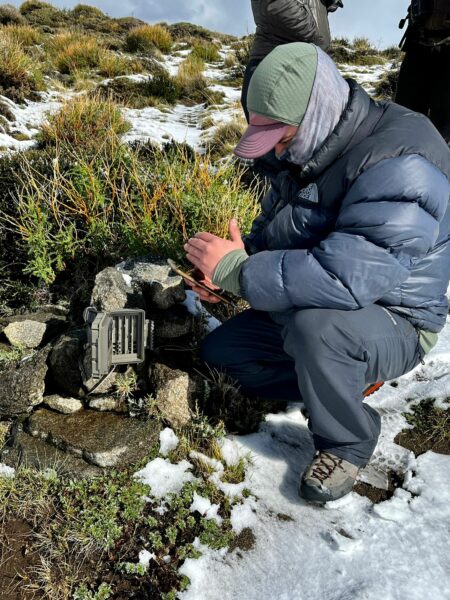 Second, they have placed “foxlights” in areas around the ranch which shine a light that keeps the pumas from getting any closer. These foxlights must be rotated into new locations on a regular basis, as the pumas are smart enough to know that they are not a real danger. And more recently, the organization received new speaker-style “foxlights” that are motion-detecting and will emit dog barks or other recorded noises as a deterrent.

Third, the Foundation trains and uses protection dogs, such as Great Pyrenees or Maremma Mountain Sheepdog breeds. They patrol the land and are able to ward off pumas with their barking. They will continue to experiment with the use of dogs, as well as collaring all animals  (dog, puma and sheep) to discover the most effective method. 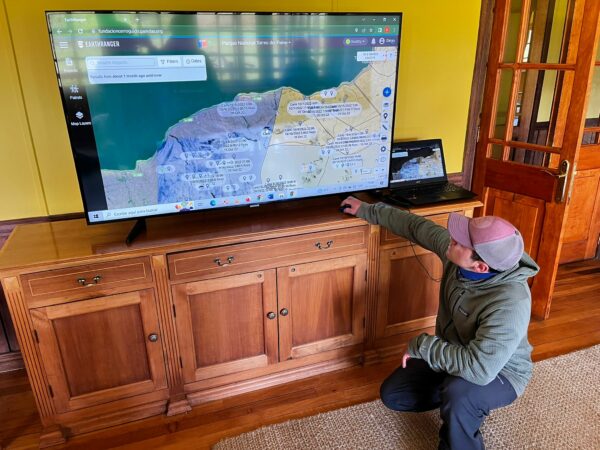 Please visit https://www.fundacioncerroguidoconservacion.com/ for even more details on this foundation. And we hope you consider adding a half-day or full-day puma tracking excursion with their professional trackers to your “must-do” list, when visiting Estancia Cerro Guido on your trip! There’s no greater testament to the work being done than actually spotting one of these incredible cats in the wild.