Kenya is known for its abundance of wildlife and beautiful landscapes. Many travel to the country for the incredible animal encounters and scenery. Yet not everyone takes the opportunity to dig more deeply, to learn all that goes into their protection. On a recent trip, I took a step behind the scenes in order to see not only the efforts put into conservation but also learn its impact. I developed an incredible respect for the people and communities that protect these conservation areas and the resilient wildlife that calls them home.

My first in-depth conservation experience occurred in the Lewa Wildlife Conservancy. Located at the foothills of Mount Kenya, surrounded by beautiful mountains and sprawling savannah plains, Lewa boasts some of the best views in Northern Kenya. Conservation efforts began in the early 1980s to protect the declining black rhino population. Through anti-poaching, management of species, initiation and support of the community, the development of programs, and educating the neighboring areas in the value of wildlife they accomplished amazing results. In 35 years, the rhino population rose from 15 to the 100th black rhino being born this past year. Along the way, the work expanded to protect other species and educate the community including the beautiful Grevy’s zebra. Today, Lewa is home to 11% of the global population of Grevy’s zebra. 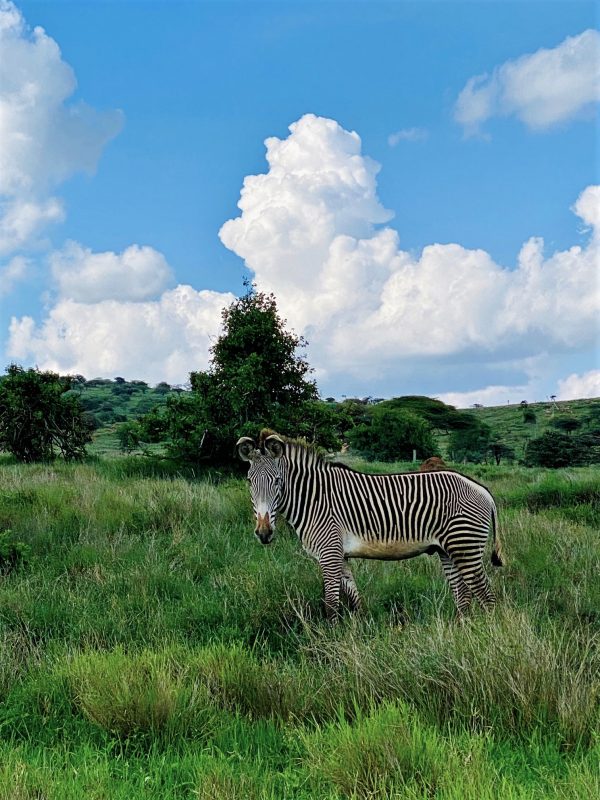 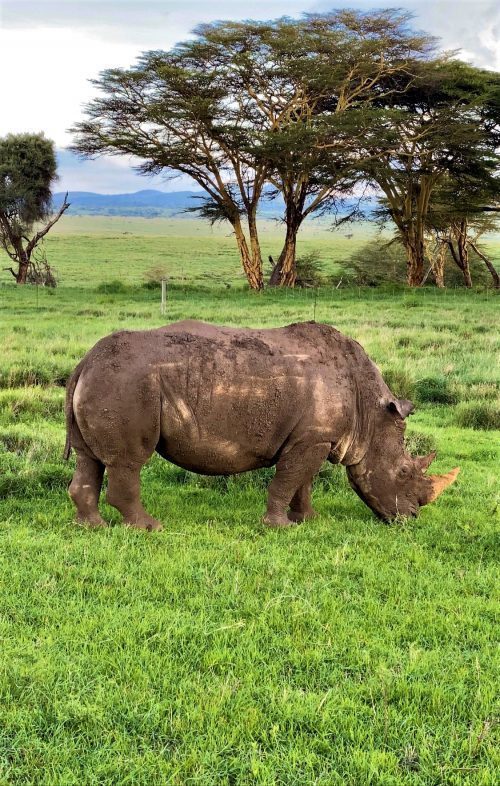 A visit to the Lewa Wildlife Conservancy Head Quarters is a great add-on activity for anyone interested in learning about their ground teams, conservation, anti-poaching units, security, education efforts, and landscape management. The visit takes about an hour and can be booked at any of the camps and lodges located within or around the conservancy. The funds earned from the visit and from the conservancy fee charged at the lodge all go towards maintaining the conservancy and supporting the surrounding communities.

Upon my arrival, I was greeted by Abraham, a ranger at the conservancy, and guided to the control room of the HQ. Abraham gave an overview of the inner workings and showed me how GPS tracking plays an important role in protecting both the wildlife and the rangers themselves. Even as wildlife, like the notoriously smart and troublemaking elephant Tony, migrates out of the conservancy, they’re still monitored. Tracking these migratory paths allows rangers to continue creating new solutions to keep wildlife safe from harm. With the data, they can collaborate closely with the farming communities in order to prevent animal encroachment onto their lands and help create the best solutions for all involved.

The conservancy also gives money to support schools and education, wanting to empower children to become environmental stewards from a young age. In addition, they established an adult literacy program, that has opened the door for many Kenyans who never had the chance to attend school. Lewa gives back to the community, which in turn helps educate the community about the importance of conservation. The facility operates 24 hours a day and employs around 300 people, about 90% coming from the surrounding communities. 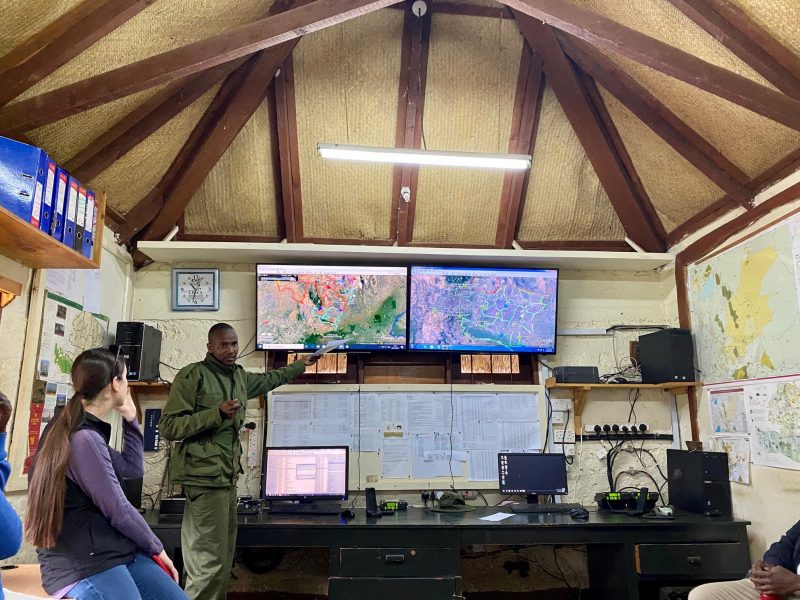 Efforts are paying off. It’s been 6 years since they’ve had a rhino poached in the conservancy, and the Grevy’s zebra population is on the rise. I was in awe of the amount of community involvement and the dedication of the rangers, staff and numerous people who keep the HQ running around the clock. 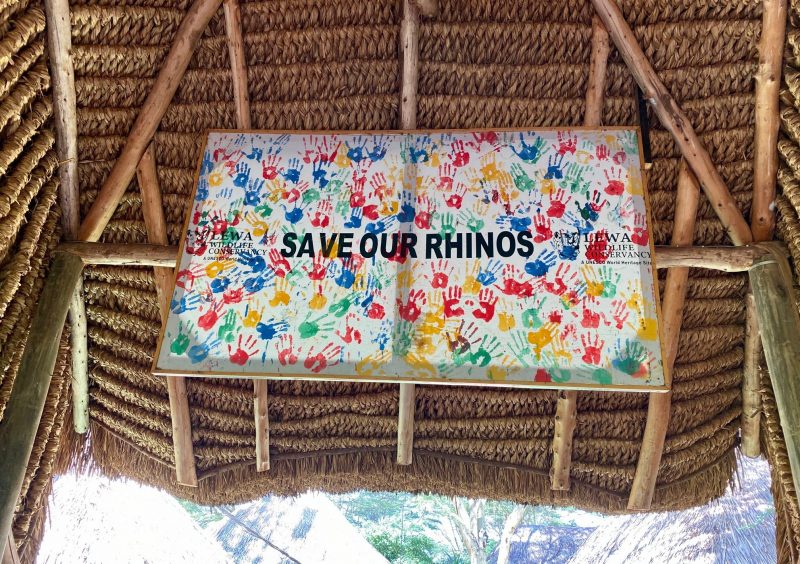 From Lewa, I headed to Segera Retreat, located in the heart of the Laikipia Plateau, with views of Mount Kenya and the vast grasslands in between. When purchased in 2005, the land was overgrazed, frequented by poachers and struggled to support the surrounding communities and wildlife. Today, the indigenous flora and fauna is flourishing, poaching has stopped, wildlife has returned to the area and community involvement is on the rise. One key piece of their success has been the focus on both farm-to-table and educating their visitors about conservation. Segera has a vast vegetable garden, an anti-poaching unit, an all-women ranger unit and a belief of keeping the retreat as sustainable and community-involved as possible. 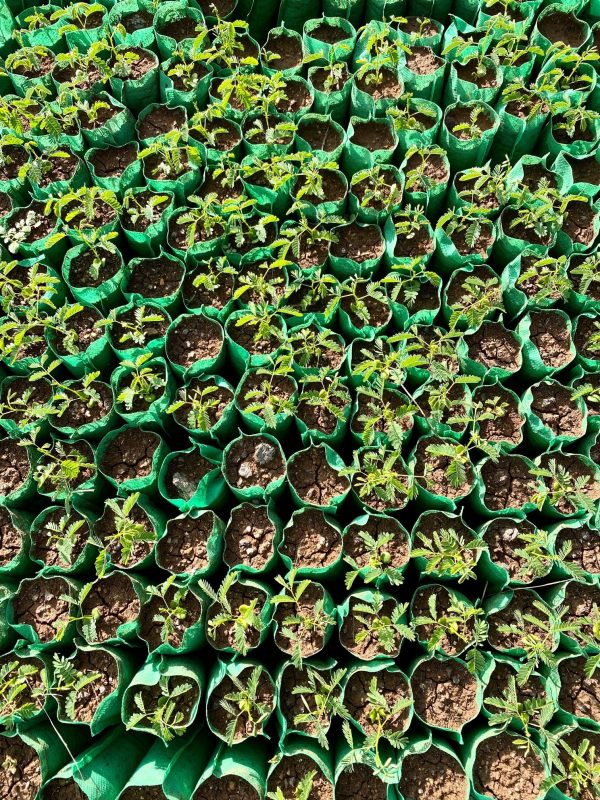 Highlights of my visit to Segera were the back of house tour and meeting the dog anti-poaching unit. As I walked through the lush vegetable gardens and was briefed on how they grow all their own produce, and as of recent, their own honey, I constantly heard excited barking. As a dog lover, I couldn’t wait to see to whom those barks belonged!

Through a fenced gate, I entered an area with a beautiful grass lawn. There I was greeted by the sweet faces of Stevie, Mickey and Lindsey, along with their handlers. I spent half an hour speaking with the handlers and getting lots of dog “kisses” from Stevie. I learned about the importance of the unit and how they’re not just helping with anti-poaching, but also assisting local farmers and the Kenya police with locating lost or stolen cattle. They have about 60 additional rangers on staff that work with the dog anti-poaching unit in the field.

As I said my goodbyes to my new four-legged friends, I was able to watch the new all-female ranger unit in a training session. Segera is the first and only conservancy to have an all-female anti-poaching ranger unit. All the members were hired from the local community, and it has become a platform for female empowerment in a male-dominated industry. 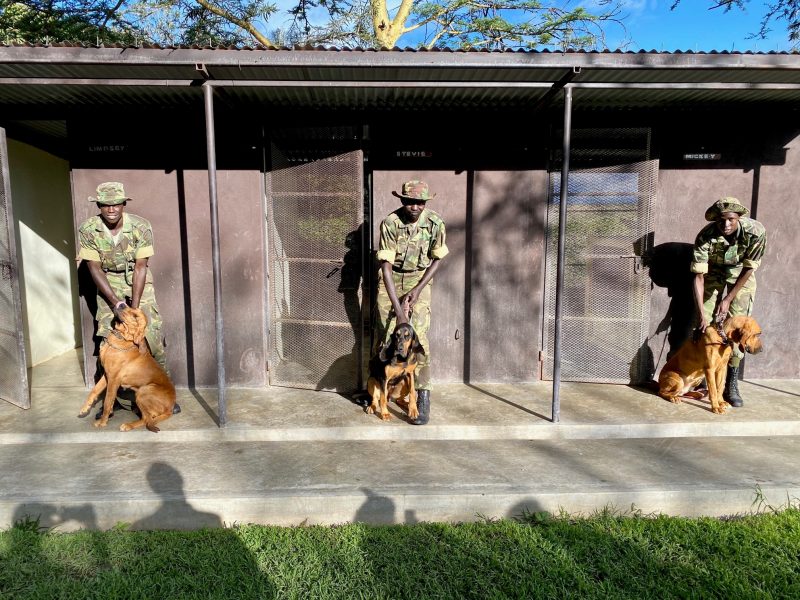 As I boarded the light aircraft back to Nairobi, I reflected on my time at both lodges. While in Lewa, I watched a male white rhino graze as the sun was slowly setting. Knowing that his species could have become extinct without Lewa’s efforts gave me goosebumps. Lewa Wildlife Conservancy has made it possible for everyone to enjoy these special animals for years to come.

Seeing the hardworking men of the Segera dog anti-poaching unit and the all-female ranger program showed what community involvement is all about. These local members play an important role in protecting the wildlife, while also being encouraged to invest in the tourism industry.

Both experiences had a profound impact on me and my understanding of wildlife, conservation, and Kenya. 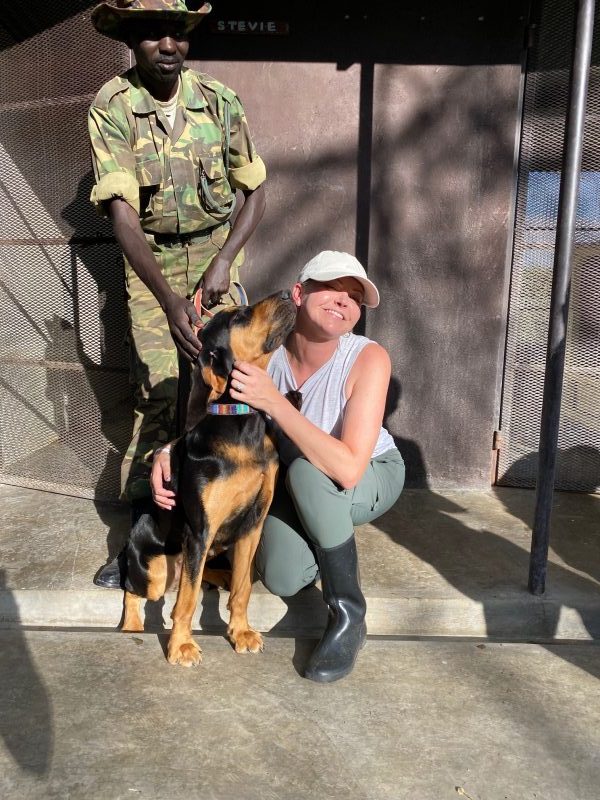