Few places in the world can be identified by a single, iconic photograph. Egypt with its Great Pyramids. China with its Great Wall. Peru with its sites at Machu Picchu. And for those who truly appreciate travel, photographs such as those innately provoke a desire to explore. To learn about and appreciate the lives and traditions of those who came before us. To inhale the beauty of the landscape and the mystique of its being.

For those travelers who yearn for something a bit different, something magical, something in which few others have photographs to share, we take you on the journey to Easter Island.

An Abundance of Historic Richness

Claimed to be the most remote inhabited island in the world (more than 1,200 miles lie between it and the nearest inhabited place), Easter Island was so named in 1722 when the Dutch mariner Jacob Roggeveen arrived there on Easter Sunday. It was later re-named Rapa Nui (Big Island) by western mariners during the 19th century because of its similarity to Rapa Iti Island, located far to its west. For most, it’s the Easter Island name that seemed to stick.

However, long before these explorers set sail in the Pacific Ocean, skilled Polynesian mariners had ventured far into the expanses to explore and colonize even the most remote places – Easter Island among them.

Once settled, the Polynesian people established the Rongorongo, their system of hieroglyphic script, and one of their most noteworthy developments – the Moai. These statues, believed to have been built between 1100-1680 AD, were hand chiseled from volcanic rock and took a team of 5-6 men nearly a year to complete just one sculpture. Nearly 900 Moai have been inventoried over the centuries.

The statues, each reflecting a male’s head and torso, played a significant part in the lives of local people. Built as a means to worship their ancestors, Moai were believed to possess the special powers of mana, the sources of wealth, prestige and legitimacy for the ruling class. Today, visitors to Easter Island can observe more than 100 of the Moai still standing. 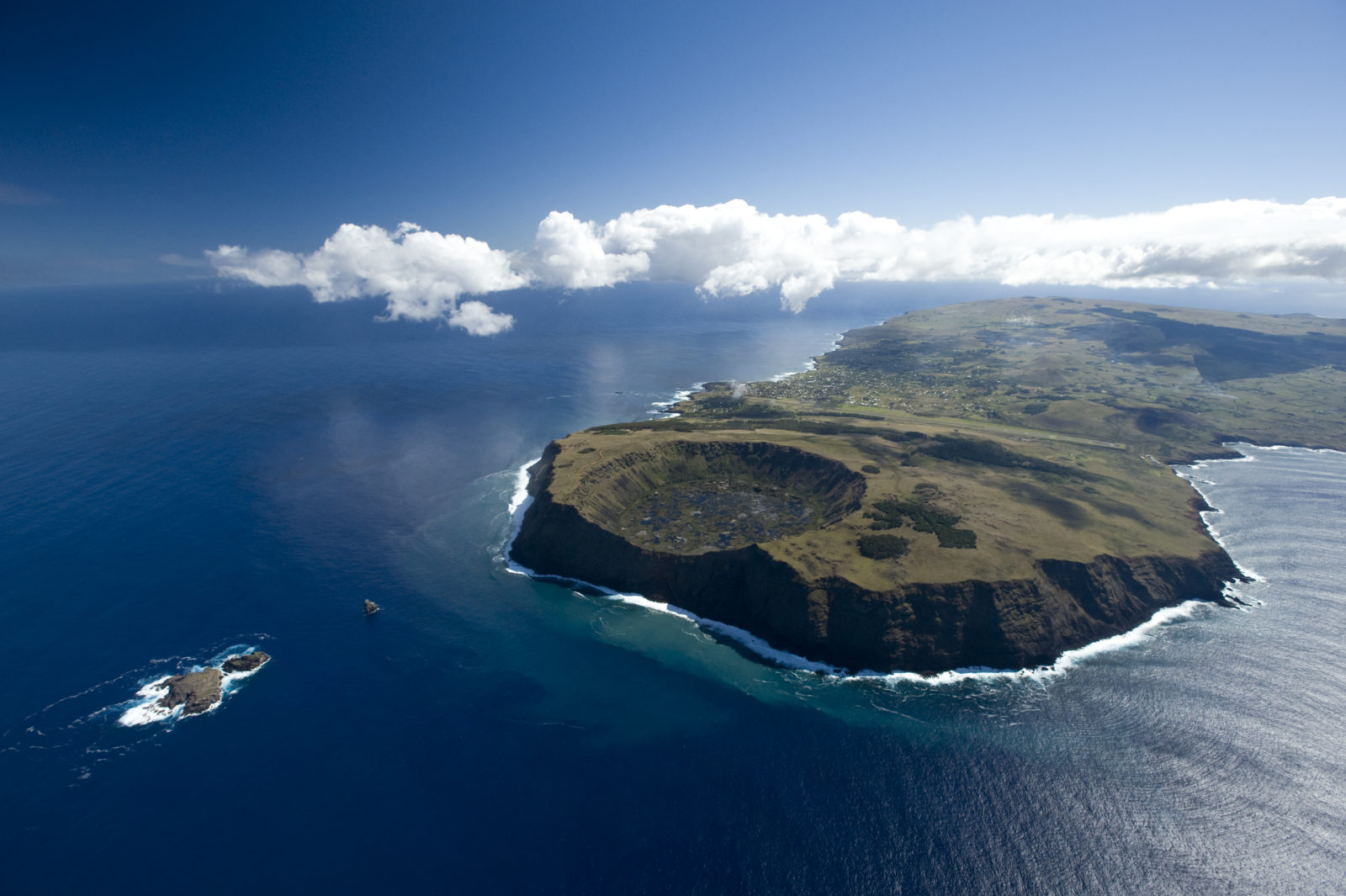 A Proud But Diminishing Culture

The inhabitants of Easter Island, known as the Rapanui, are proud of their origins. And, because they experienced extreme loss of life early in their island living, the elders knew they would rely on generations to come to carry on their traditions. Today, with such few Rapanui people in the world (a recent census of Easter Island revealed less than 4,000 residents, only 60% of which are of Rapanui origin), it’s more important than ever to share and preserve their cultural roots.

The relatives of those early inhabitants still preserve many of the original forms of culture through local cuisine, sports, dances (such as the Sau-sau and the Tamure), music, ceremonies, and craftwork. One of the most engaging displays of culture still actively used today is their language – vananga.

Those seeking the best ways to experience the Rapanui’s local culture first-hand should visit the island during Tapati. This 10-day festival takes place each year in late January through early February. Throughout the celebration, two teams compete against each other to determine who will be the “queen” of the island for the coming year. The competition brings these two clans together to race on banana logs through the island slopes, battle it out in surfing and canoe contests, share their skills at traditional song and dance and much more. 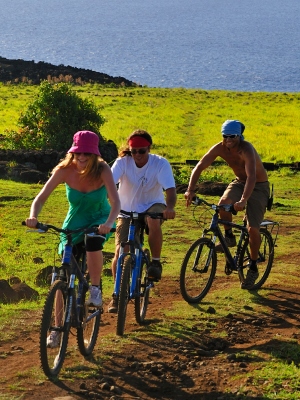 Technically part of Chile, Easter Island is 2,200 miles west of the Chilean mainland. Lan Airlines is the only airline that offers flights to the Island. Depending on the season, there are 4-7 flights going each week to/from the gateway of Santiago.

Many visitors exploring Easter Island couple the trip with an inland excursion in Chile. While the country could offer weeks, even months, of independent adventures, pairing it with Easter Island is a great way to see at least one of the country’s vast regions.

The Atacama Desert is one of Chile’s most unique land formations. This 600-mile strip of land west of the Andes on the Pacific coast is considered the driest desert in the world. Visitors often enjoy evenings in Moon Valley, the Tatio Geysers, the altiplanics lagoons and amazing archeological tours.

For those who prefer a more diverse setting, the Patagonia region, stretching from Valdivia to Cape Horn South America, is like no other. Offering an amazing mix of fjords, channels, valleys, glaciers and much more, any nature lover would be sure to swoon over the breathtaking vistas.

If the islands of Polynesia are more your flavor, Easter Island is a great side trip on the way to Tahiti, Bora Bora and other exotic, beautiful locations in the South Pacific.

For more information about Easter Island, Chile or the Islands of Polynesia, contact us.