African safaris have always been our most-requested type of travel, given our company’s longstanding history in Africa. Wildlife viewing in iconic destinations like the Serengeti, the Okavango Delta, the Kruger ecosystem and the Masai Mara are unforgettable experiences. Often travelers return from a safari with a new appreciation for wildlife, eager to see iconic species in other destinations, from the giant tortoises of the Galapagos Islands to the penguins of Antarctica and the orangutans of Borneo.

The Coral Triangle within Indonesia is often referred to as “The Amazon of the Seas” because it ranks #1 in marine biodiversity, with several new species identified each year. Located north of Australia where the Pacific and Indian oceans meet, the Coral Triangle is revered as one of the best diving and snorkeling locations on Earth, filled with unusual and endemic species. As one of the last remaining jewels of nature, the Coral Triangle is home to 3000 species of fish, 6 of 7 sea turtles, 76% of all coral species and 37% of all coral reef fish. This particular coral system appears to be more resistant to temperature changes and has yet to be significantly bleached like in other parts of the world. The plentiful plankton, rich reefs, and island shelter from currents provide ample incentive for fish of all kinds to congregate and feed.

Here, you’ll meet the whale shark, the largest fish in the sea, which grows up to 40 feet long and can weight an impressive 20 tons while living past 70 years old. This slow-moving docile giant filter feeder survives on plankton and small fish and is no threat to humans. They are so large they often have many other species that trail along with them, including dolphins. 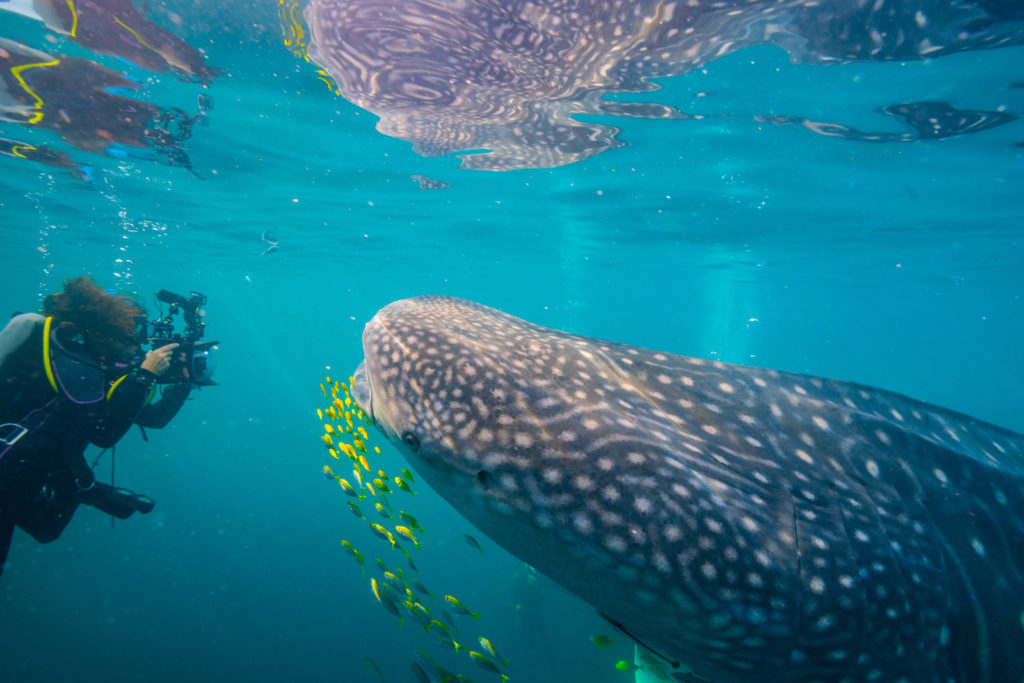 Or perhaps you’ll rest on your belly on a sandy sea bottom in 15 feet of water while Giant Manta Rays that have up to 18-foot wingspans are circling above. These areas are known as “Cleaning Stations,” where the Mantas circle above in a shallow area inhabited by smaller fish that eat, and remove parasites on the Manta’s tough outer skin, gills, and teeth. They are only there to get “cleaned” and take little notice of humans. There are often 3 or 4 circling above at any one time in constant rotation. 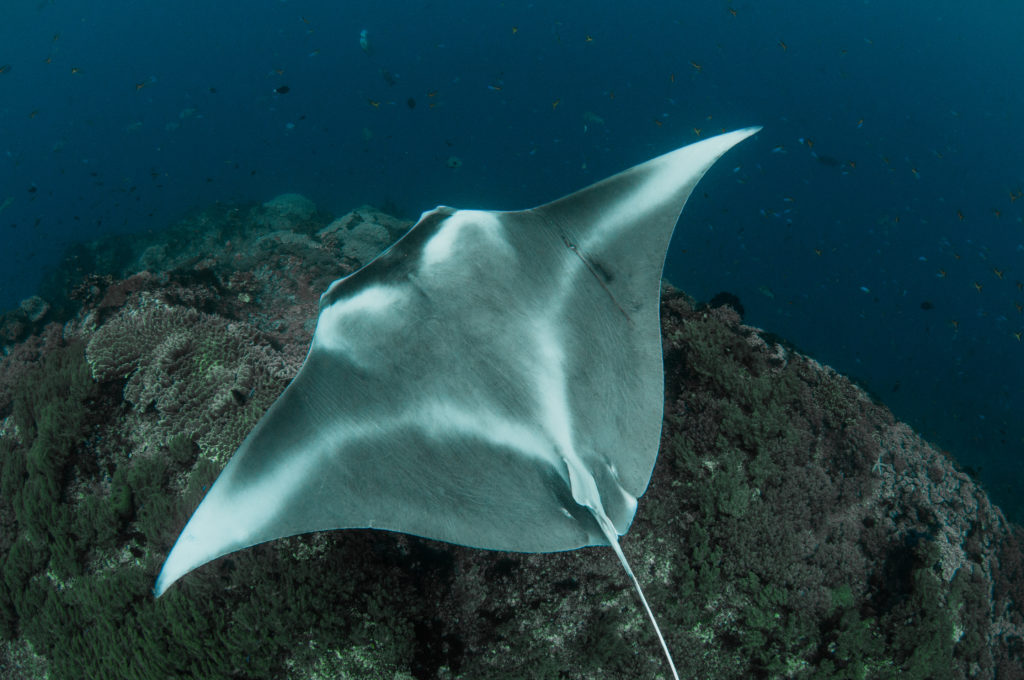 Other species of sharks, fish and more abound under the sea, each with an interesting story of survival. Epaulette Sharks navigate the sea bottom by “walking” on their stump fins. Wobbegong (“Shaggy Beard”) Sharks hug the bottom of the sea floor and can remain still for long periods of time often completely camouflaged. Both sharks are harmless to humans. 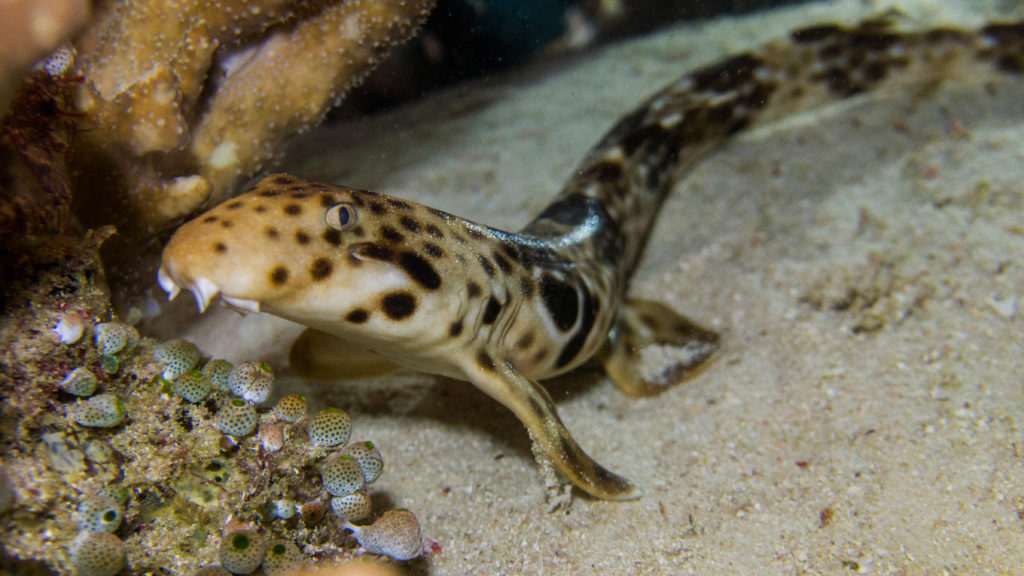 On the islands of the Coral Triangle, the wildlife is equally fascinating. An international draw, the Komodo Dragon is only found on a handful of islands in the world, which are also surrounded by some of the best dive sites in Indonesia. 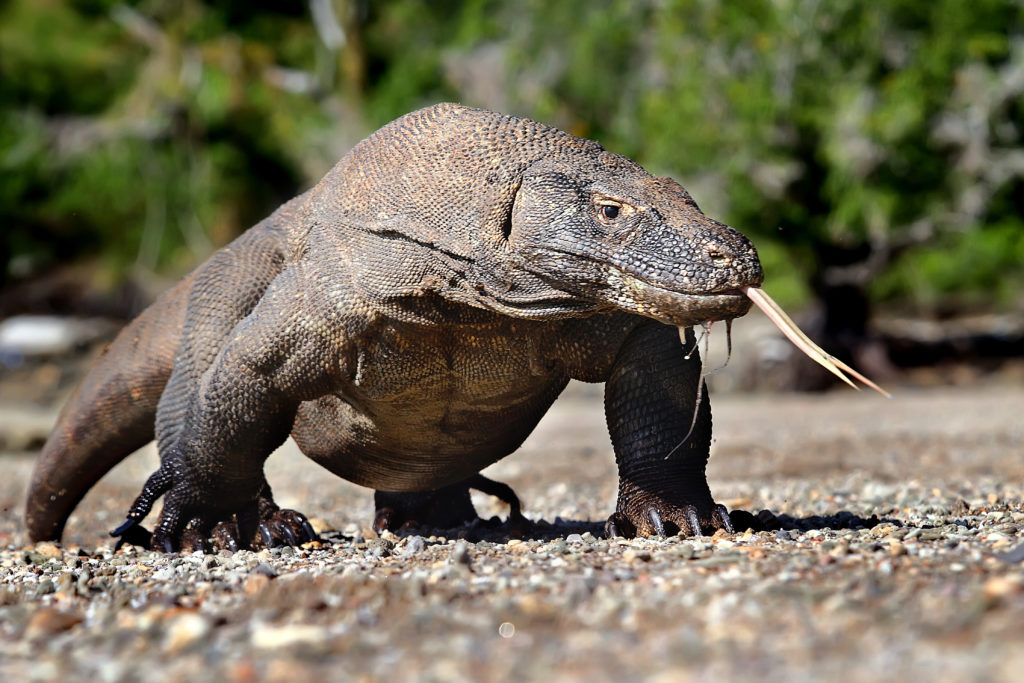 The ideal mode of transportation to see a wide variety of islands, reefs, unusual creatures, and the native people is by sea in a luxury yacht.

The private charter Sequoia is one of our favorite ways to discover this marine paradise with your family. The newly-built 86-foot yacht Sequoia is a three-cabin luxury yacht equipped for up to 6 adults. The vessel’s gorgeous wood comes from Indonesia, while the ship’s engine and design are built to the US Coast Guard engineering standards to ensure a smooth, safe voyage through the Coral Triangle. 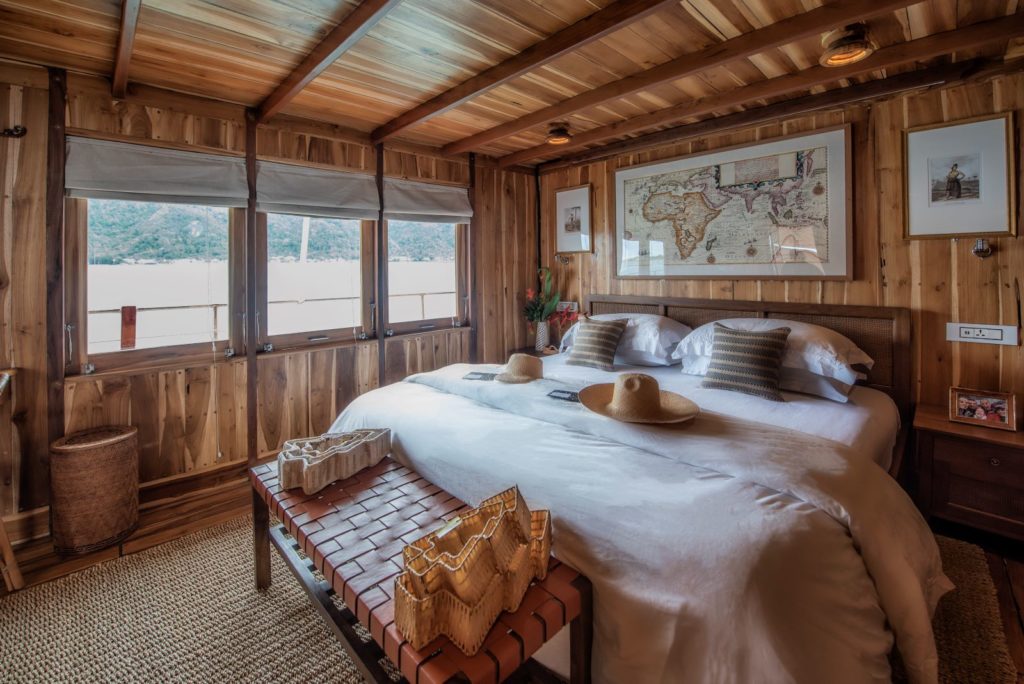 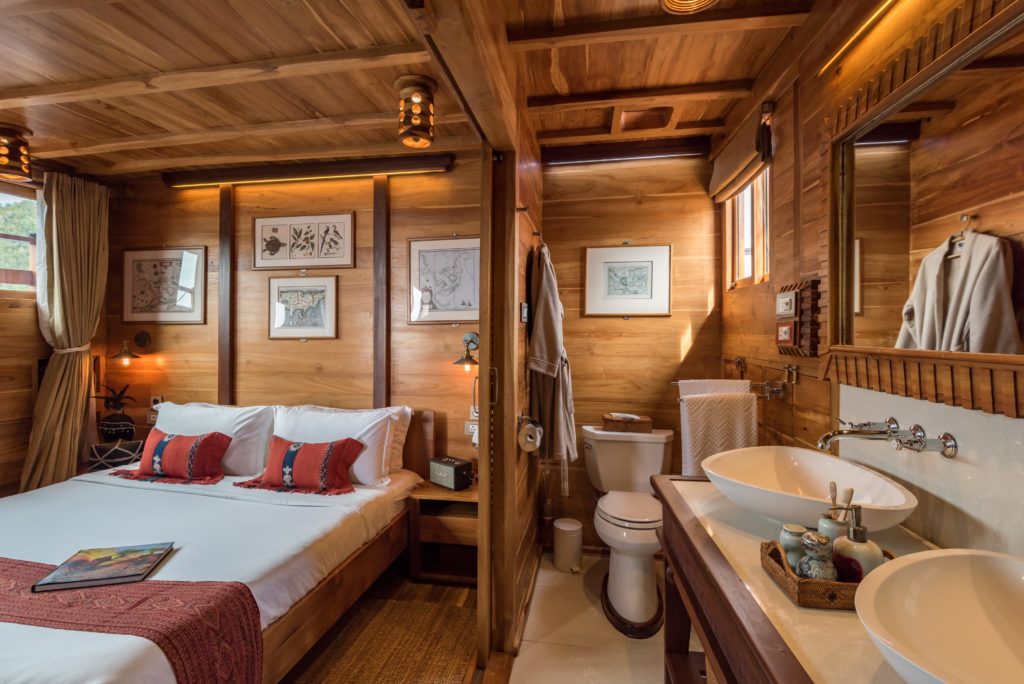 From the comfort of the yacht, guests can engage in activities like sailing, snorkeling, diving, kayaking, bird watching, and volcano trekking in the Coral Triangle, while enjoying fresh, world-class food. 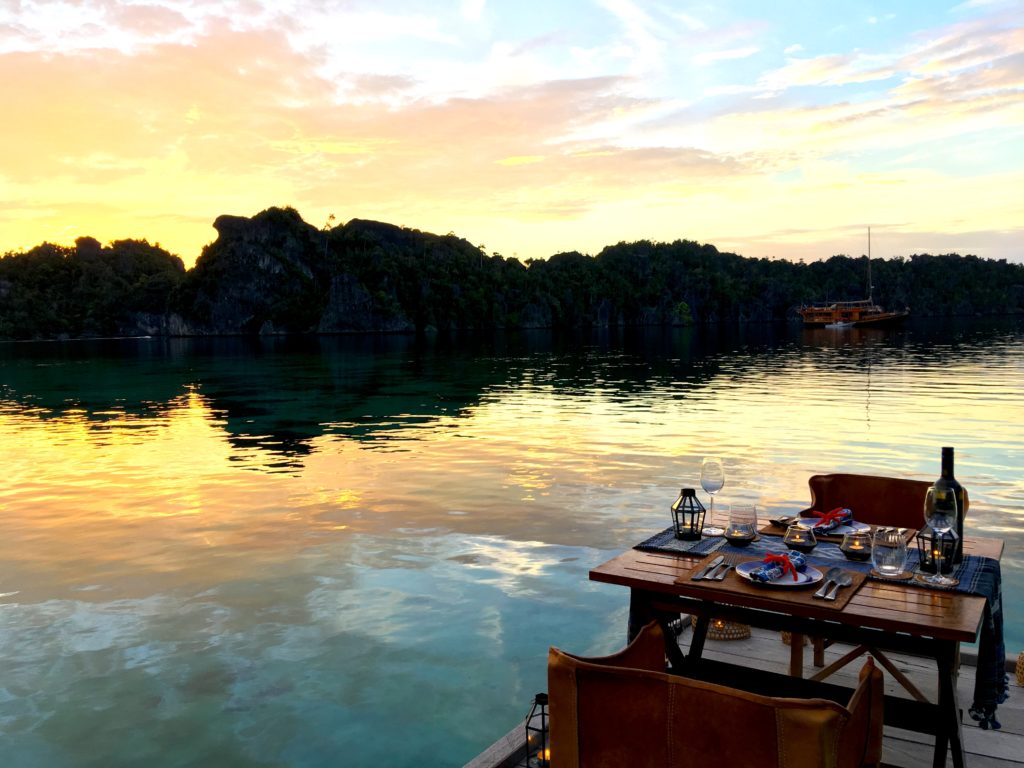 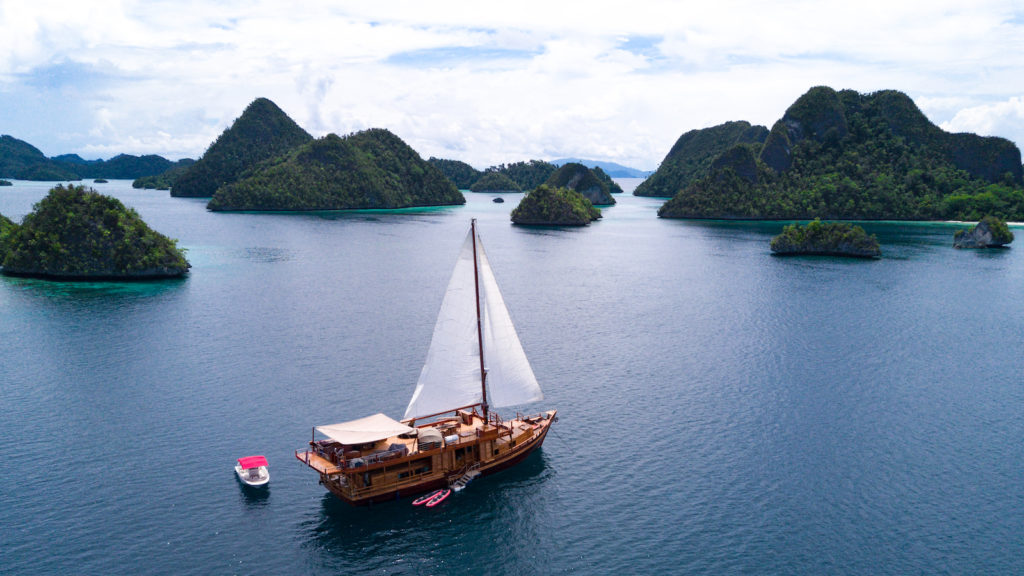