It has been hundreds of years since the European discovery of Patagonia by Portuguese explorer Ferdinand Magellan, yet the words used to describe this loosely-defined region made up of both Chile and Argentina have changed very little. Patagonia is remote, infinitely beautiful, exotic, vast, wild and untamable.

Those who have visited will undoubtedly tell you that it is a destination of sharp contrast where, in a region the size of Texas, there are rolling hills, towering snow-capped mountains, untouched coastlines, expansive desert, dense forests, massive ice fields, pristine turquoise lakes, majestic ice-blue glaciers, mazes of dramatic fjords, and peaceful rivers. All of which is home to some of the most unique wildlife on the planet, like the Patagonian puma, elephant seal, Andean Condor, and guanacos (a relative of the llama). Patagonia is perhaps best appreciated through active exploration, as its stunning scenery provides the perfect backdrop for a diverse array of outdoor activities, including fly-fishing, trekking, cycling, mountain climbing, rafting, kayaking and horseback riding.

While the northern region of Patagonia is known for its vast, mostly untouched wilderness expanse, it is the southern region of Chilean Patagonia that has captured our hearts. One visit and you’ll understand the meaning of the word “remote.” It is here where Chile’s natural border with Argentina, the Andes mountain range, eventually plunges into the waters of the Pacific at the southernmost point of South America, breaking apart into fjords, canals, hundreds of islands and where the polar climate begins. Southern Patagonia is also where you’ll find two of our favorite destinations for exploration: Torres del Paine National Park and Tierra del Fuego.

Torres del Paine lies between the Andes Mountains and the Patagonian Steppe in Chilean Patagonia, and is designated a UNESCO World Biosphere Reserve. The 698 square-mile park features glaciers, lakes rivers, and is populated with exotic plants and animals, such as the puma and guanaco. Torres del Paine is also known for its three Torres (Towers) which give the park its name. These massive granite towers—which reach 10,000 ft in height—were formed by the forces of glacial ice. A stay in the park will allow for trekking to the three Torres, as well as horseback riding, sailing, kayaking, climbing and fishing.

Move south and you will eventually run into a waterway that separates mainland South America with a cluster of islands known as Tierra del Fuego (meaning “Land of Fire”). More than 500 years have passed since Ferdinand Magellan sailed his fleet into the straight that now bears his name. The islands—named after the fires created by the indigenous inhabitants of Tierra del Fuego that Magellan witnessed as he passed through the Strait—are truly Mother Nature’s grand finale.

It is here where the Andes disappear into the sea, and where you’ll find the last outpost on the South American continent. The magnificence of these islands is as captivating as their rich history. Roughly 300 years after Magellan sailed through the Strait en route to the Spice Islands (present day Indonesia), 23-year-old Charles Darwin began his expedition aboard the HMS Beagle. His journey resulted in geographic and wildlife observations that changed the way many modern people see the world.

One of the primary missions of the Beagle during its time sailing throughout Tierra del Fuego was to survey the area, including the hundreds of islands and channels that were unknown to sailors at the time. These islands included Cape Horn, which is now commonly referred to as “the end of the Earth” due to its location as the most southern point of South America and the north edge of the Drake Passage—the strait between South America and Antarctica. The waters around the Cape are particularly hazardous due to strong winds and currents, large waves, and icebergs; these dangers made it notorious as a sailors’ graveyard. However, thanks to the work of the Beagle, today the trip around Cape Horn can be made safely by cruise ships exploring the region. 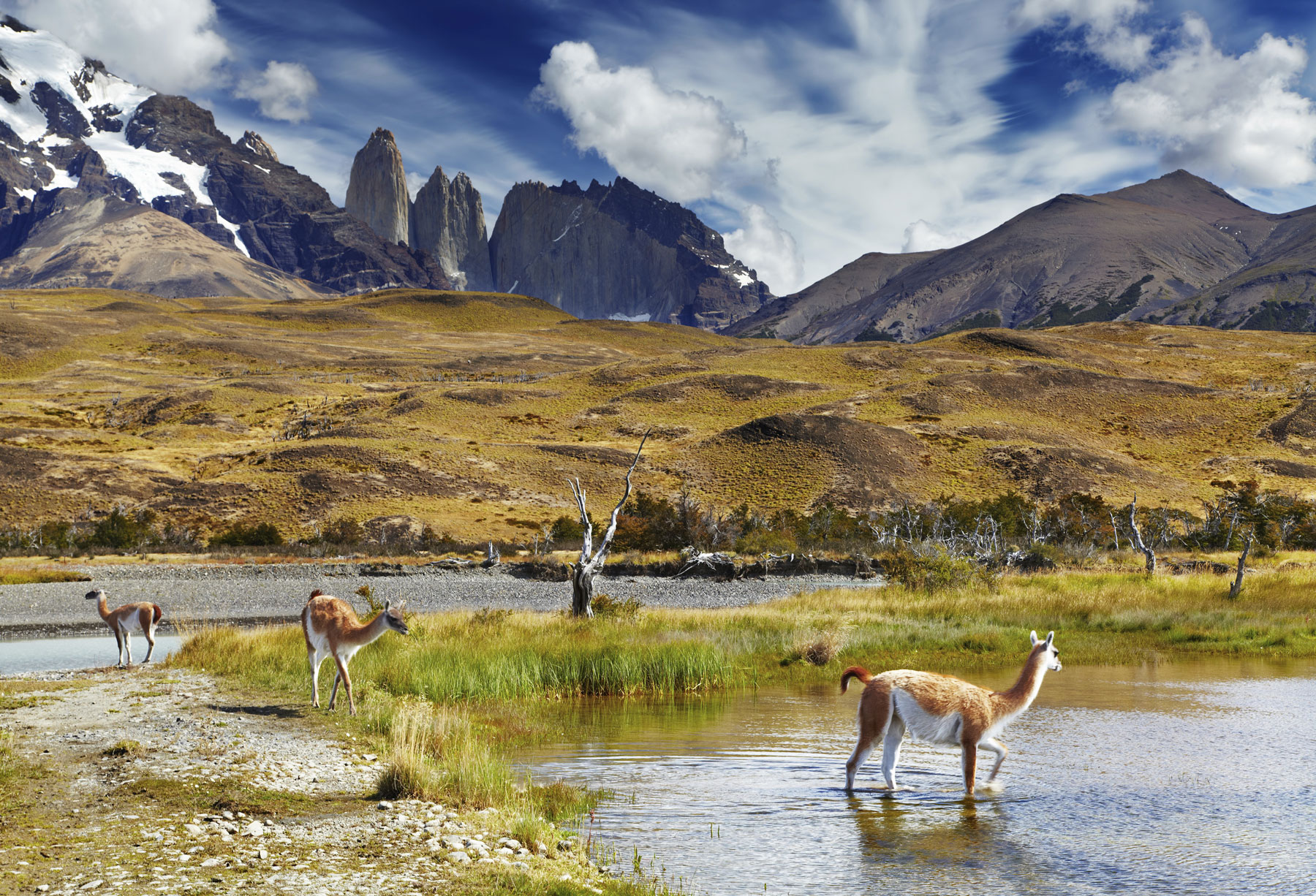 Exploring the end of the Earth

From trekking through the Darwin Mountain Range to photographing one of South America’s largest penguin colonies on the archipelagos of Tierra del Fuego, guests are presented with the adventure of a lifetime. Cruceros Australis’s sleek ships take visitors deeper into the pristine channels of southern Patagonia and further inside Tierra del Fuego than any other expedition ship can. Daily wilderness excursions with local guides take guests up close to massive glaciers, through majestic fjords and to the mythical Cape Horn where they have the rare and special opportunity to visit historical sites like Cape Horn National Park and the Cape Horn Memorial, which is dedicated to the sailors who lost their lives exploring the dangerous waters.

Whether hiking to a lookout point for the perfect vacation photograph, following Magellan’s path through pristine the waters of the Strait of Magellan, or bearing witness to the precious wildlife that calls Patagonia home, guests will journey through a region that is anything but ordinary. From start to finish, Cruceros Australis blends the best of Patagonia with fascinating exploration for those who dare to discover the rich secrets of the end of the Earth.

Learn more about Patagonia or contact us to plan your trip to the “End of the Earth.”