This magical honeymoon melds the romance and excitement that only Africa can offer. Pair the intimacy of a castaway picnic on a beach in Mozambique with the exuberance of a true African safari in the Sabi Sand Game Reserve, neighboring Kruger National Park. Raise your wine glasses to a bright future together amid the scenic Cape Winelands, and hike your way to the top of Table Mountain for breathtaking views on this unforgettable honeymoon. 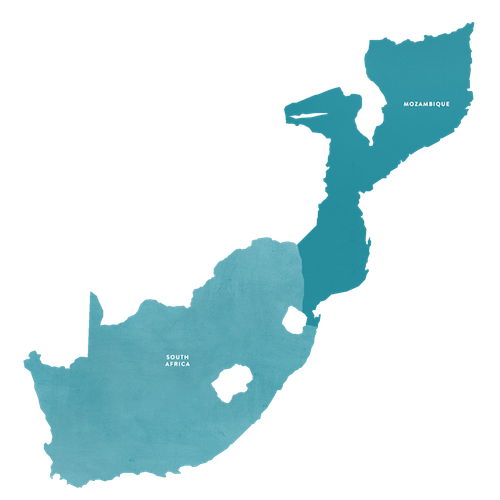 At Travel Beyond, we believe your trip should be designed just for you, not for the masses. Our travel consultants create a custom itinerary for each client, offering recommendations for places and experiences that best fit your style. The itinerary below was planned for a past client, but we’re sharing it for travel inspiration and as an example of what a honeymoon to South Africa and Mozambique might look like. Let us know when we can design a trip just for you!

Welcome to South Africa! Upon arrival in Cape Town, you will be met by a Travel Beyond representative for your private road transfer to the One&Only Cape Town Hotel. This waterfront hotel offers majestic luxury. Relax and enjoy your evening at leisure!

This morning after breakfast, you will be met by a Travel Beyond representative for your full day Peninsula Tour with a private guide, including entrance to Cape Point, funicular, penguins and Chapman’s Peak. Lunch will take place at the Harbour House.

Depart the city along the Atlantic Seaboard past the coastal suburbs of Sea Point, Bantry Bay and Clifton and stop for a photo op of Table Mountain’s towering Twelve Apostles. On past Bakoven and Llandudno, marked by shipwrecks, to the fishing village of Hout Bay. Here, board a boat to view the Cape Fur Seal colony on Duiker Island. On return, head over the 0.4mile heights of Chapman’s Peak Drive, one of the world’s most spectacular passes, past the Cape’s longest beach near Noordhoek and the hamlets of Kommetjie and Scarborough – with a chance to sight Southern Right Whales just offshore from June to November! Explore the rocky coastline and unique Fynbos vegetation, home to birds like African Black Oystercatchers and Cape Sugarbirds and view other endemic fauna like Cape Mountain Zebra, Bontebok and Baboon as we enter the Cape of Good Hope National Park. Climb (or ride a funicular) to the famous Cape Point Lighthouse, to capture the magical vistas of False Bay, and stop at the south westernmost point of Africa, the fabled Cape of Good Hope. After lunch at a coastal restaurant, visit Boulders Beach, for a close-up with a colony of African Penguins, then head home through the naval village of Simonstown and over Boyes Drive, taking in views of the fishing harbor at Kalk Bay and the seaside havens of St James and Muizenberg.

Following your tour, you will be transferred back to the hotel to enjoy your evening at leisure. 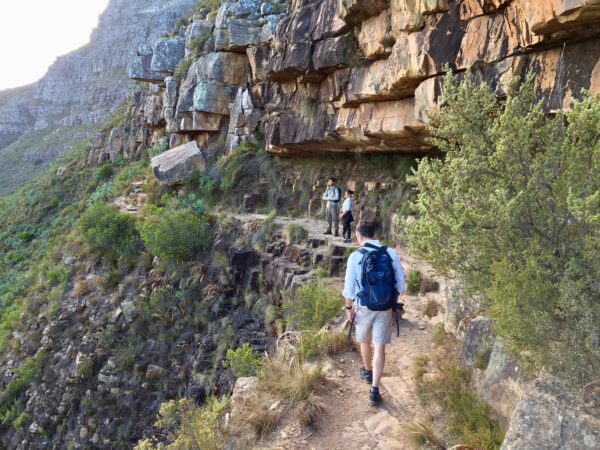 Today you will be met by a local Travel Beyond guide for your half-day Platteklip Gorge Hike, including a guided hike, a snack pack with water, and a one-way Cable Car ticket down.

The oldest and most direct route to the summit of Table Mountain, Platteklip Gorge follows a well-constructed trail up a deep ravine on the iconic front face of the mountain, featuring imposing cliffs in its upper reaches. The trail tops out near the upper cable station. This moderate fitness level, 1-mile hiking trail starting at the mountain’s service road and gaining almost 2,300ft in elevation, is a must for all hiking enthusiasts who want to climb one of the world’s most iconic landmarks.

Following your hike, you will be transferred back to your hotel. Enjoy the remainder of your day at leisure.

Enjoy your day at leisure to explore Cape Town. Feel free to relax and enjoy the hotel’s spa, pool or wellness center or stroll down the waterfront! 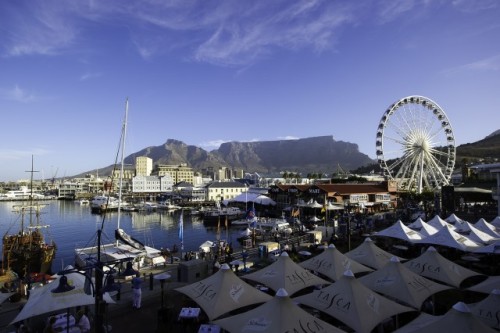 This morning after breakfast, you will be met in the lobby by your private guide for a full day Winelands Tour, including lunch and entrance fees to wine tastings, cellar tours, and museums.

Depart the city to the Winelands region in the nearby Boland Mountains for a leisurely exploration of historic Wine Route towns. Estates visited will vary according to client preferences, but the tour generally includes the region’s major wine producing areas with chances aplenty en route for tastings of high quality reds, whites and Cap Classiques. Enjoy lunch at one of the many classic restaurants in the area. Natural and historic heritage abounds, and your tour may take in sights like the Afrikaans Language Monument, the historic estate of Boschendal and idyllic Franschhoek. Visit Stellenbosch, known for its 17-18th Century Cape style, to browse quaint Dorp Street, visit the museum or explore the many galleries and shops of this university town.

Following your tour, you will be transferred to La Residence. Relax and enjoy your evening at leisure!

Enjoy your day at leisure to explore the Cape Winelands, home to world-class wineries, excellent hiking trails and some of the country’s best restaurants!

This morning after breakfast and checkout, you will be met in your hotel lobby by a Travel Beyond representative for your private transfer to the Cape Town Airport for your flight to Skukuza. Upon arrival in Skukuza, you will be transferred to Tengile River Lodge where you will spend three nights.

This afternoon, meet your guide for a game drive, which is bound to be exciting since the Sabi Sand Game Reserve is home to elephants, African Buffalo, leopards and much more to see. Dinner will be served at the lodge. 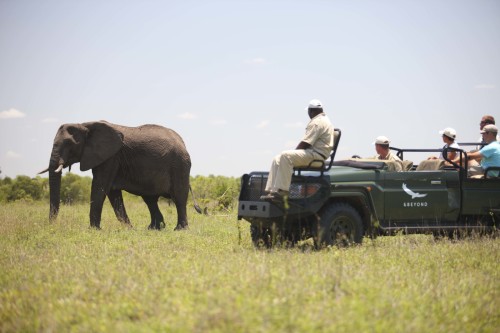 On safari! Enjoy your morning and afternoon game activities in the Sabi Sand Game Reserve. Hop in a safari jeep and set off on a game drive or set out on foot for an in-depth walking safari. You will feel instantly and fully immersed in the African bush.

This morning after breakfast and checkout, you will be met in your hotel lobby by a Travel Beyond representative for your private transfer to the Nelspruit Airport for your flight to Vilanculos, Mozambique. Upon arrival in Vilanculos, you will make your way to your connecting helicopter transfer to Benguerra Island. Upon arrival, you will be transferred to &Beyond Benguerra Island, where you will spend four nights in a cabana. Enjoy the remainder of your day at leisure.

Enjoy your days at leisure to explore the island and participate in the activities on offer: sea kayaking, a sunset dhow cruise, a snorkeling trip, a castaway picnic, an island expedition or a local village tour. All meals will be served at the lodge. 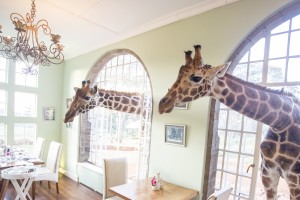 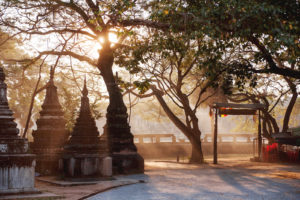