When heading to Chile, most travelers are excited to visit Torres del Paine, the Atacama Desert, Easter Island, and all the other incredibly scenic destinations the country has to offer. As such, Santiago and the surrounding areas are often overlooked, only used as a brief stopover, or rarely the focus of an itinerary. On my recent trip to Chile however, I did the exact opposite of what most do, focusing instead on everything that Santiago, Valparaiso and Casa Blanca have to offer. And after all our explorations, Valparaiso stood out as a personal favorite. 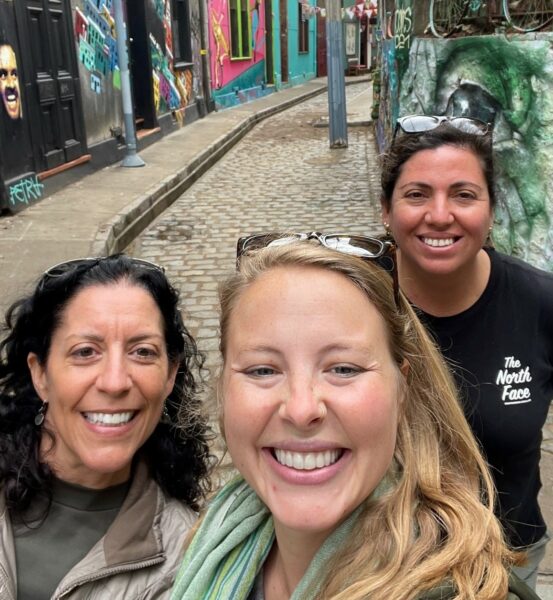 Affectionately known as “Valpo,” the city sits about an hour and a half drive from Santiago and just thirty minutes from Casa Blanca. Upon arrival, our guide Carolina explained that locals are very proud of their city and love it just the way it is – for its strengths, its challenges, and its hills. Here, everything seemed to go either up or down. And the hills were huge! Blocks and blocks of what felt like straight incline or decline. I can imagine you’d have strong leg muscles living there and climbing those hills daily. 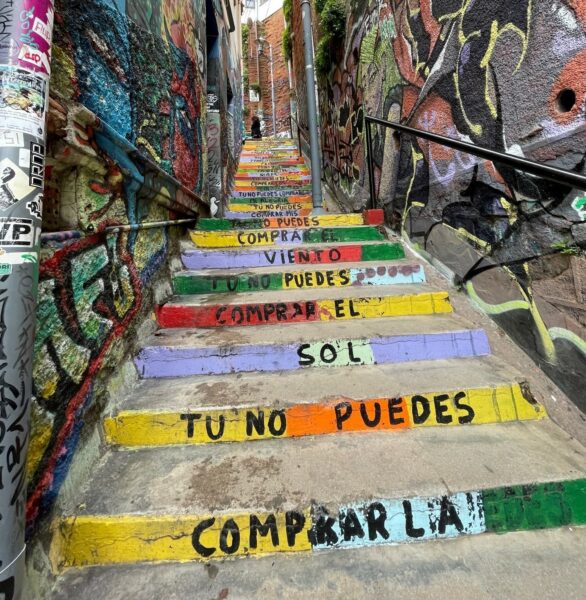 The cliffside city has many funiculars which help locals get from their homes down to their jobs in “El Plano” – the flat part of the city close to the ocean- and then back up the cliffs at night. Valparaiso is also an active port city with huge portions of El Plano dedicated to the moving of massive shipping containers to and fro in preparation for their next oceanic journey.  I find that port cities are often some of the most lively and unique places, and Valparaiso proved no different. (Another personal favorite is Cape Town which is also a very active port city in South Africa.) 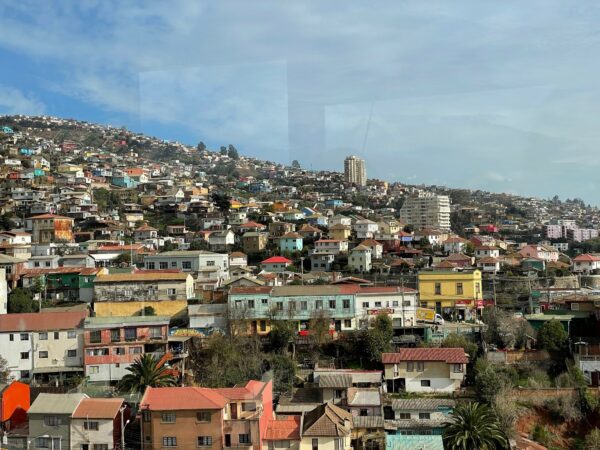 One characteristic I noticed about the city is that it is never quiet. Horns seem to be perpetually honked, boats splash into port, and guard dogs alert their appreciative owners of your presence as you walk by their homes. It’s also a common occurrence for a single musician or a fully equipped band to be playing music on the streets. We drove by one such performance and everyone in the vicinity was smiling, singing, and loving the energy the music and musicians brought to the neighborhood that day. There was always something clamoring in Valparaiso and in my opinion the noise created a buzzing vibe within the city that is part of its charm. 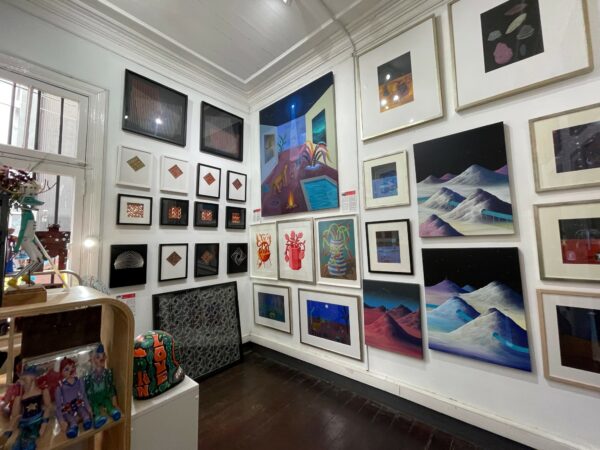 The energy that you feel while in Valparaiso is matched by its incredible street art and gallery scene. Around every corner, you’ll find stunning little galleries and shops which you can pop into to check out the works on display and to speak with local artists in person. One gallery we visited was not only beautiful on the inside, but the owner showed us his back terrace which offered one of the best views of the city we’d seen during our stay. From the front, these buildings can appear unassuming, but then provide an epic view from the back because everything is perched on the cliff. Some would say there are no bad views in Valparaiso, and this seemed to hold true!

Valparaiso also has a very up-and-coming and dynamic vibe to it. We happened to walk around a corner to find an artist working on a mural of a woman that he was painting on the side of a 3-story building. It was amazing to see the process in action. Our guide noted that she’d been to this same area a few weeks prior and an entirely different image had been on the wall. It turned out that some of my favorite murals all happened to be new, as well. I love how the city seems to keep its charm but is always changing its outer shell, being continuously transformed by local artists. 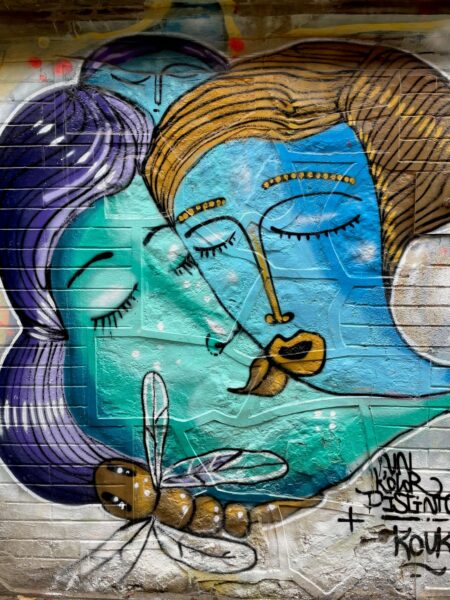 One final aspect of Valparaiso that I loved was the cuisine! The city’s fresh seafood was out of this world. For one meal, we ate at a local diner that looked very unassuming and yet offered some of the best razor clams and scallops I’ve ever had. Our Chilean guide and driver called the razor clams “machas” and they were appalled to learn (when discussing scallops) that in the United States we often remove the red outer part of the scallop. Chileans often say this is the best part! 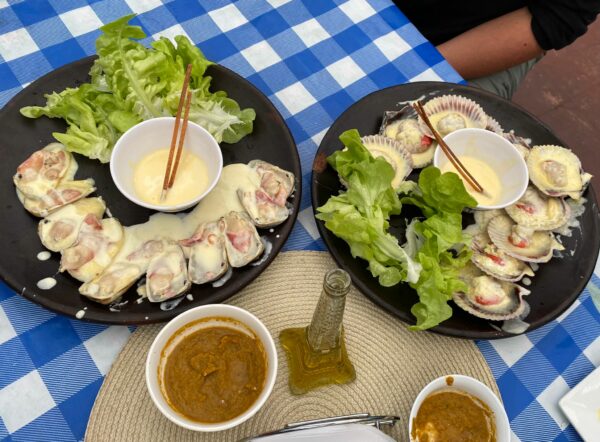 Valparaiso might not be most people’s first thought when planning a trip to Chile. However, for those looking for an incredible art scene, delicious seafood, and a very vibrant and colorful city, Valparaiso offers an incredible experience!