There are so many factors that contribute to a memorable safari: accommodations, food, activities and wildlife, just to name a few. But often, it is the camp guides who have the largest impact on one’s time in Africa. The stories they share, the skills they exhibit, and their ability to consistently find the most magical animal sightings make them an integral piece of every trip. They seem to know and do it all, and no matter where in Africa you visit, you can rest assured the guiding will be nothing short of incredible.

But there is something special about the guides in Zimbabwe. I’d always heard of their expertise, of their exceptional talents, and so, when I headed out on a recent trip to southern Africa, I decided to investigate. I set off wanting to learn what it was about Zimbabwean guides that placed them in a category all their own. And so, at every camp at which I stayed, I asked all kinds of questions, and from each guide gained insight into their world and their talent. 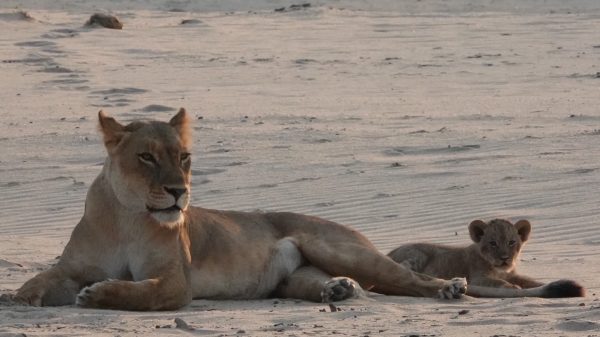 Arriving at the Linkwasha airstrip in Hwange National Park, we met Tendai immediately upon deplaning (second from the right in the below photo). I wasted no time learning about his path to becoming a guide, peppering him with questions on our drive to camp. Having started his career in Mana Pools back in 2001, Tendai explained that there are two levels of guiding in-country: standard and pro, the latter of which are permitted to lead walking safaris. In order to earn the standard guiding license, Tendai had to pass a series of exams, ranging from theory to firearms to laws and regulations. He also had to show mastery of all things flora and fauna, understanding the varied habitats in Zimbabwe and the wildlife to be found in each. Time also had to be spent behind the wheel, alongside seasoned guides who provide feedback and ultimately an assessment. This procedure and series of exams sounded similar to what most of our other African guides were required to complete.

But in Zimbabwe this proved to be just the first step in the guiding process, and it was the next phase – the requirements necessary to become a pro guide—that appeared to truly separate Zimbabwean guides from their peers. According to Tendai, in order to even attempt the pro guiding examinations, an individual has to have a minimum of five years guiding; he himself had 10 years under his belt before making the decision to proceed to the next level. 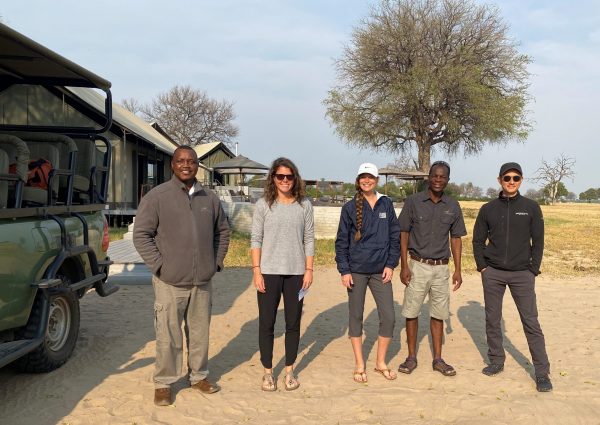 First, applicants must pass a shooting exam. Then, Tendai explained, you have to hunt, and kill, two of the Big 5, while on foot. Of course, hearing this instantly unsettled me, as I knew that I, along with many others, arrived in Africa to witness the Big 5. But Tendai eased my concerns, noting that they are only permitted to hunt sick, injured, or problematic animals identified by the national parks and their patrol units.

While on these hunts and out on walks, all pro-guiding applicants keep a detailed logbook, signed by the expert guides accompanying them. The tracking usually commenced at watering holes, as all animals, especially in summer, need to drink and thus frequent the area, and their footprints are then followed for hours, if not days. The identified animals often prove more skittish than those living within national parks, as they are unaccustomed to vehicles and the presence of humans. This only adds to the challenge and, in my opinion, danger. As Tendai put it, you better have a good first shot because, “if you miss, then you become the hunted.”

Hearing this, I asked Tendai about the hunts in which he participated, hoping for drama and suspense. But instead, he recounted one with total nonchalance. The buffalo he’d been called in to bring down had been caught in a snare. In its distress, the animal had actually broken the tree to which the snare had been attached, and was now dragging along both, badly wounded and suffering. Tendai had to get within 200 feet of this volatile buffalo in order to take it down. His calm demeanor in telling this story at first surprised me. But I soon understood that it perfectly underscored the exact purpose of the task—to prepare Zimbabwean guides to maintain their cool in any and all scenarios. 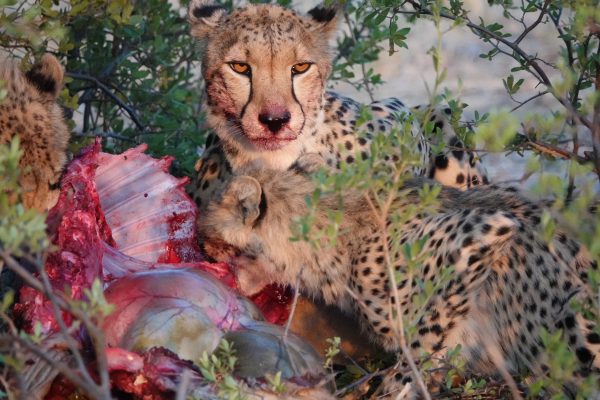 Following both the hunts and log completion, the books are submitted at the time of final examination, which itself consists of two phases. The first is an oral interview conducted by six individuals who ask questions about various items they’ve laid out on the table—bones, plants, tracks, seeds, etc. The second is a practical, held once a year. During this, Tendai had to spend a week in the bush, alongside the other guides hoping to achieve pro-guide status. The examiners who accompany the cohort are there to evaluate their tracking and hunting skills, endurance, ability to interpret the bush, how well they manage camp, and so much more. It was only after passing both that Tendai finally received his pro-guiding license.

I couldn’t help but feel impressed by everything Tendai had completed and was continually amazed at just how much he knew about seemingly everything. On each and every drive, he taught me something new about an animal, a plant, the national park, and Zimbabwe. 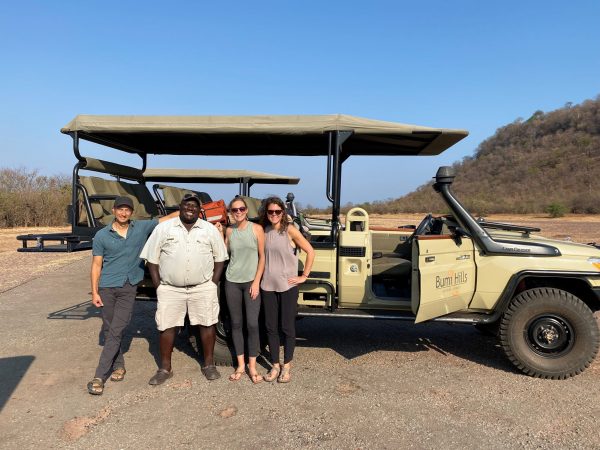 And if I wasn’t yet entirely convinced of Zimbabwean guiding excellence, Little Max, our guide at Bumi Hills Safari Lodge (pictured above), shed additional light onto the process—including both the expenses and timeline. He has been working toward his pro-guiding license for years and still needs an additional kill and to complete the final exam. Little Max explained that the main reason for this elongated process is the hunt. There is often a waiting list through which the parks and patrols work. Plus, if and when an applicant finally gets notified of a potentially injured animal, he might be unable to set off on the hunt or the identified animal may disappear before the team arrives. The time it takes to accomplish the hunting requirements only serves to further develop their patience and provides them with even more opportunity to deepen their knowledge, through accompanied walks and drives.

According to Little Max, obtaining pro-guiding status is also a financial investment. Applicants are responsible for acquiring their own firearm which can cost upwards of $2,000. What’s more, they must provide all of the provisions needed for the week-long practical. This includes, but is not limited to the rental of tents and a 4 x 4 vehicle, food for both the participants and examiners, and a chef. The expense is large and an undertaking that is not made lightly. 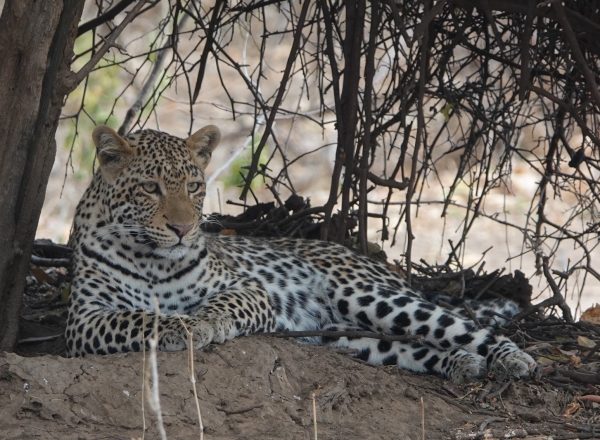 It is truly a commitment– in all aspects— to become a Zimbabwean pro guide. The time, the expense, and the energy required ensures that only those with the truest, deepest passion apply. The requirements, from written exams to the practical test, then add layers of skill on top of the already apparent love of the natural world. What’s more, these guides are eager to welcome visitors and to share stories about their training and their incredible country. It is this combination — of enthusiasm and knowledge — that shines through, making Zimbabwe a perfect safari destination.