There is something so serene and peaceful about floating down a river. But doing it on a private houseboat in Borneo surrounded by the jungle on both sides – well that is something altogether special. 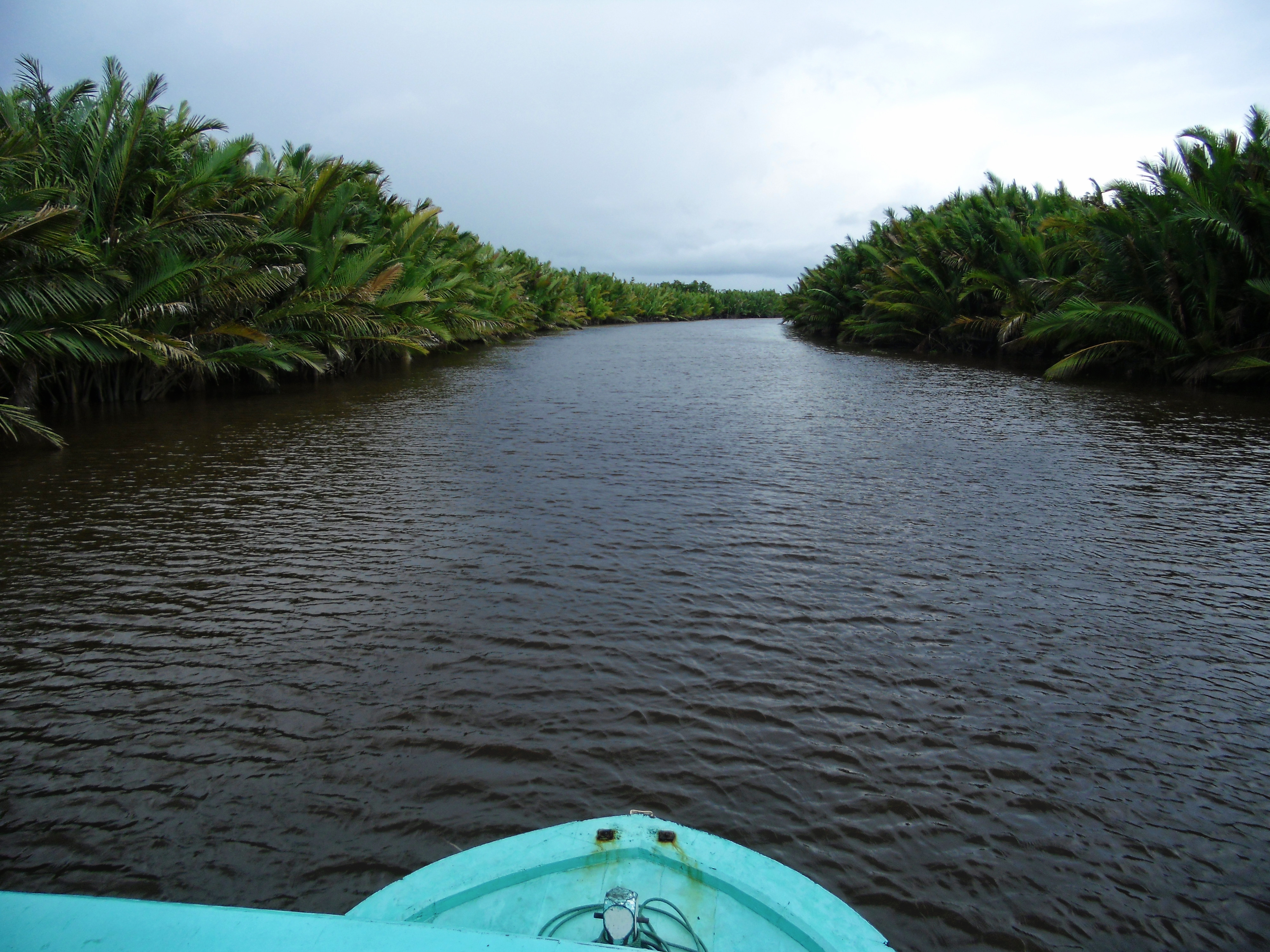 This January, I found myself within the thick forests of Kalimantan—the Indonesian side of Borneo, Asia’s largest island. My objective was to see orangutans living wild in their natural habitat in the Tanjung Puting National Park. There are approximately 6,000 wild and rehabilitated orangutans living in this natural and pristine environment under the protection of OFI (Orangutan Foundation International) – so I knew that my chances were good!

My two-story wooden riverboat, called a klotok, was so-named for the sound its engine makes: klok tok tok tok. While it looked like other boats I passed during my river journey, my klotok had built-in small creature comforts such as potable running water, a proper toilet and shower, hot water, and an indoor cabin with electricity from 6 PM to 6 AM, which meant I could charge my phone and sleep with A/C – priceless. A lack of WiFi meant I blissfully carried on while disconnected from the outside world for these two days, which added to the allure of this experience. In addition to my cabin below, I also had an outdoor bed on the upper deck in the event I wanted to sleep out under the stars (romantically draped with mosquito netting). During the day, this upper deck has comfortable seating, so floating down the river became an actual jungle safari with my guide as spotter sitting right off the edge of the front of the boat. He spotted many birds such as hornbills and primates such as the distinctive long-nose Proboscis monkeys (found only on Borneo), gibbons and macaques. We watched (and sometimes only heard) them on both sides of us, jumping from tree to tree next to the river. And of course, we spotted the occasional crocodile along the river bank, always lying in wait.

But my original purpose for visiting was to observe the orangutans. In the two days I spent along the river, I visited three different feeding stations within the national park. Every day at the same time, rangers placed food such as bananas, sweet potatoes and oranges on a wooden platform where the orangutans could come to feed. Since this is only a supplement to what they already eat in the wild and depending on the time of year, you may see varying numbers at the platforms. During my visit in January, the trees were still full of fruit, so the rangers were not sure how many would appear. The rangers made orangutan howling noises to call them to the feeding platform, and it did not take long for the “man of the forest” to make an appearance. On the first day, I saw 7 orangutans including 2 babies. While most would stack up as much fruit as they could carry and disappear just as quickly back into the forest, occasionally others would sit and stay for a while, much to our delight. As you observe these gentle creatures showing a variety of emotions, caring for their babies and more, it was easy to see how the orangutan is our closest living relative, sharing 97% of our DNA. The two hours we were allowed to spend with the orangutans flew by at each station. 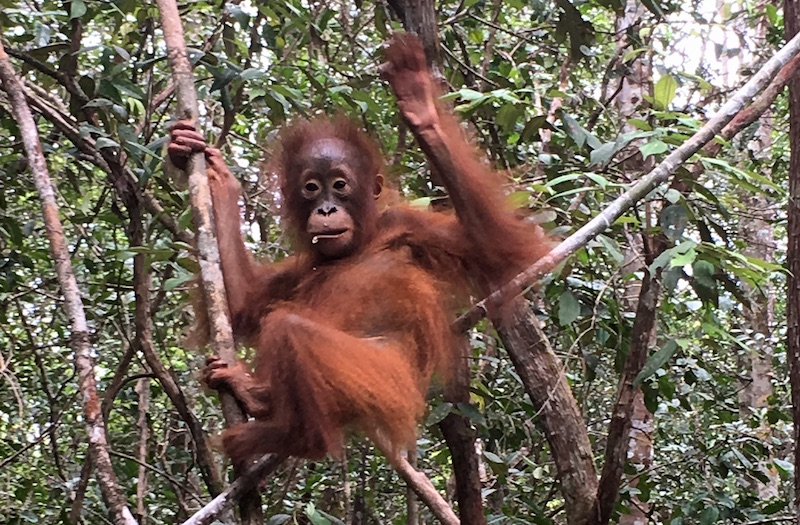 The highlight of any trip to this region is the visit to Camp Leakey, an active research facility created in 1971 by Dr. Biruté Galdikas, a protégé of paleoanthropologist Louis Leakey, who also mentored Drs. Dian Fossey and Jane Goodall. Here you can not only see the orangutans, but also learn about the important work being done by Dr. Galdikas and her organization (OFI) to protect these incredible beings which are endangered due to the increasing demand for palm oil. Oil palm plantations are continually being created by clearing virgin tropical rainforest – the very habitat of the orangutan and many other wildlife species in Borneo. While it was amazing to witness the orangutans playing, eating and enjoying their life in the forest, it was sobering to also learn about the dangers they continue to face.

A vigorous trek with my guide through the dense forest away from the research station found me trekking through wild jungle, stepping over logs and branches, past carnivorous pitcher plants and groups of fire ants and staring up at the many orangutan nests high in the treetops. Orangutans make a new nest every single day, where they spend time during the day and sleep at night.

Finally, the trek brought me to the feeding platform here at Camp Leakey. The orangutans here are noticeably different, as many have been rescued as babies and cared for by humans. Even though now free and in the wild, you can still see the emotional connection and the willingness for human interaction. Many would come very close to us and while we were instructed not to touch them, that did not stop them from touching us if they wanted to, and some did! Even the babies were falling into the act, swinging playfully close to our heads and taunting us. Not to be outdone, wild boars circled the bottom of the feeding station (very cute in their own way), eager for any scraps the orangutans might leave behind. All around us, the most colorful butterflies fluttered, attracted as well to the sweet fruit on the platform.

The entire wild scene was something to behold, and I will forever remember feeling so lucky to have experienced this. I enjoyed a last dinner aboard the klotok under the stars, serenaded by the sounds of the jungle and next to a tree full of beautiful fireflies as a complement to my candlelight. It was a magical end to a wild two days in the jungles of Borneo. 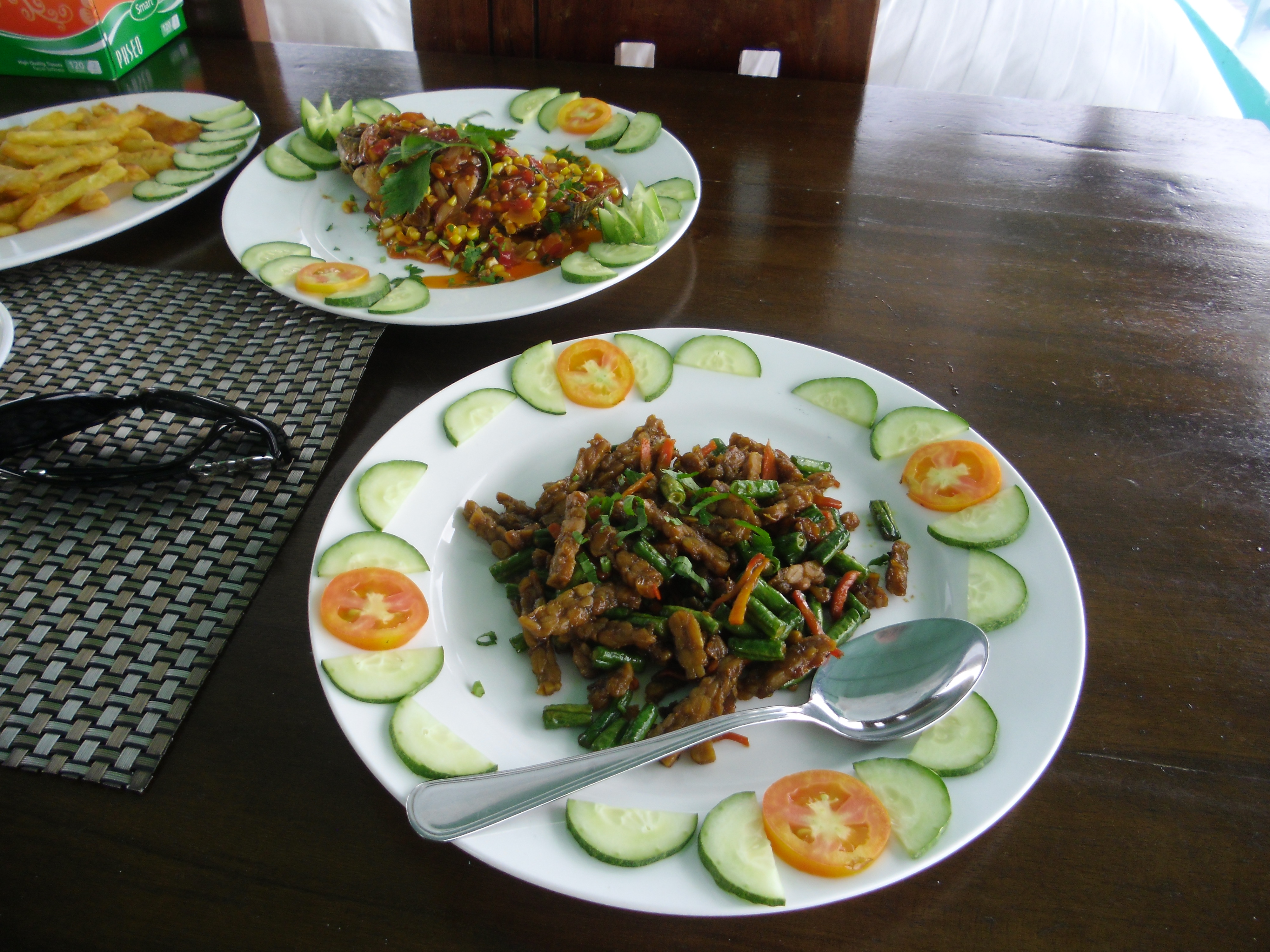